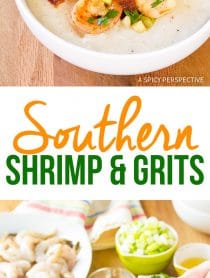 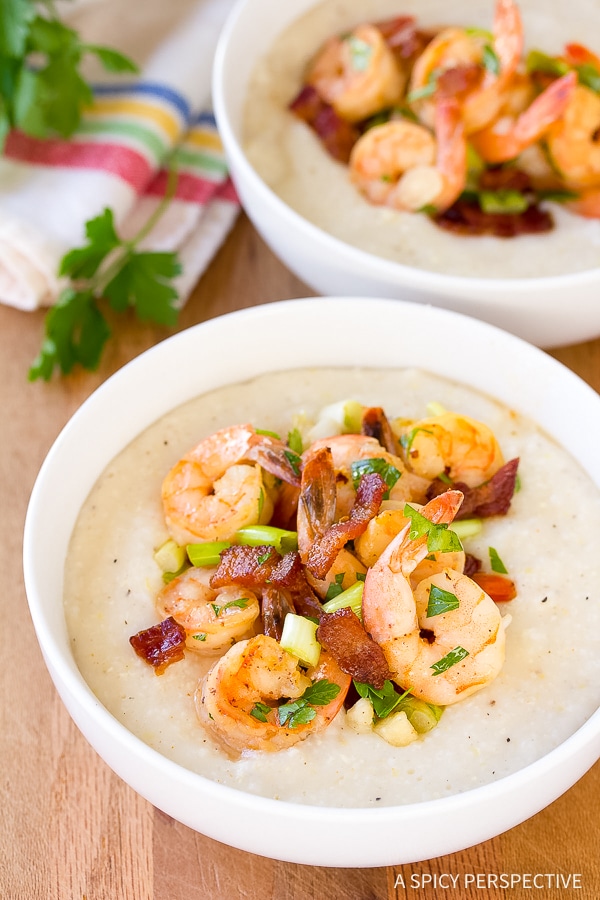 All generalizations are false, including this one. ~Mark Twain

This is another “Vintage ASP” post, coming out of the shadows of yesteryear. My favorite Southern Shrimp and Grits recipe is being recycled because… It’s so darn good! Plus, it’s extremely easy to make.

I’ve been living in North Carolina for almost 13 years now. I guess I had preconceptions about what it would be like living in the South. While planning for our move, my thoughts often ran to dark images of starchy, high-nosed women bearing over-sized hats and pearls, rundown appliances or tractors sitting in an overgrown front yard, and BBQ doused with vinegar.

I thought at very best, it would be like “Steel Magnolias.” 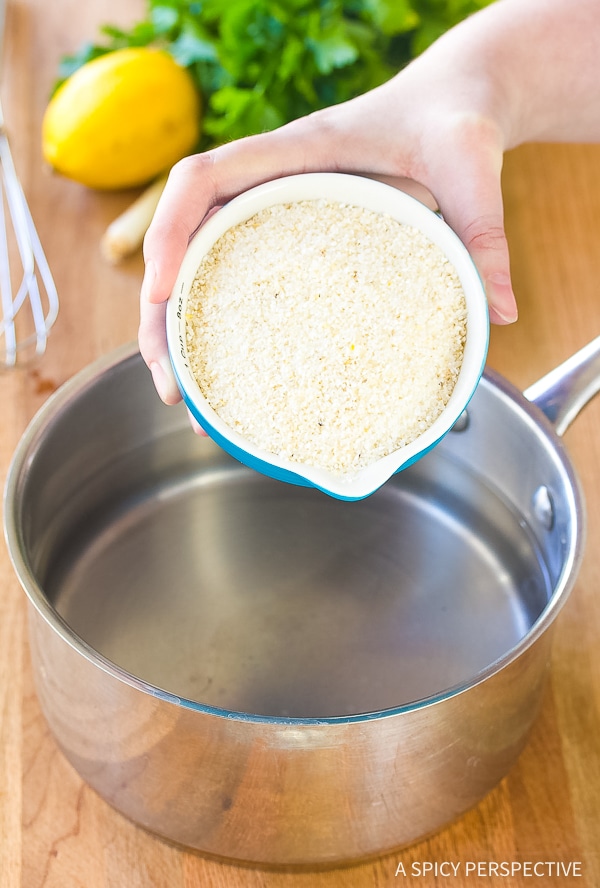 Choosing to come with an open mind and positive attitude, I quickly discovered I was quite off base!

Yes, this is a pearl-wearing, sweet-tea-drinking, pork-loving kind of place. (Nothing against pearls or pork.) But, I quickly discovered there is an intangible charm about the South, a magical quality you don’t find in most places. 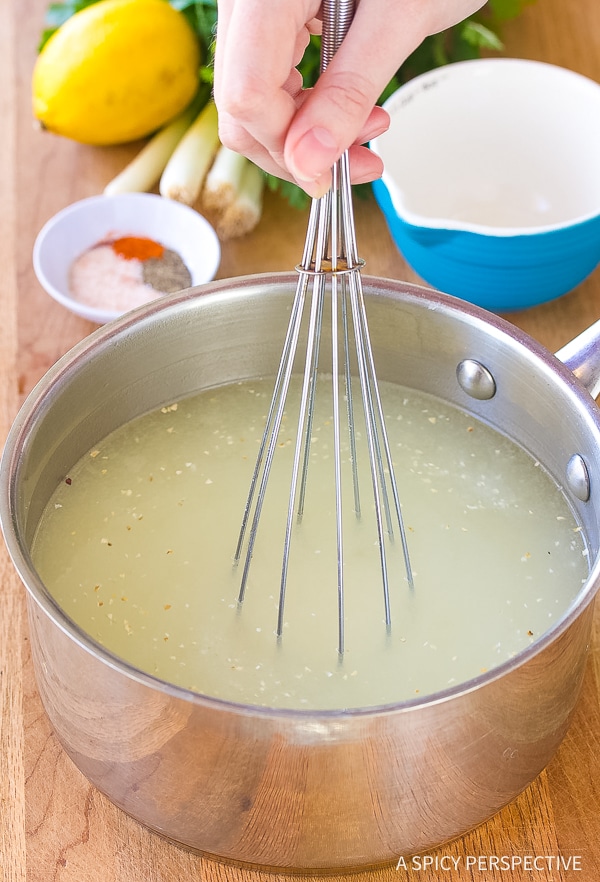 People really are more hospitable in the South. They stop by your house to check on you, and offer many invites to theirs. They send thank you notes for thank you notes. And they always offer you cake wherever you go.

In one word, Charleston. If you have never been to Charleston, South Carolina it is a must experience kind of place! The buildings and historical markers are almost incomparable in the US. Loaded with art galleries, street musicians, and gourmet restaurants on every corner. It’s a city you hope to get lost in! 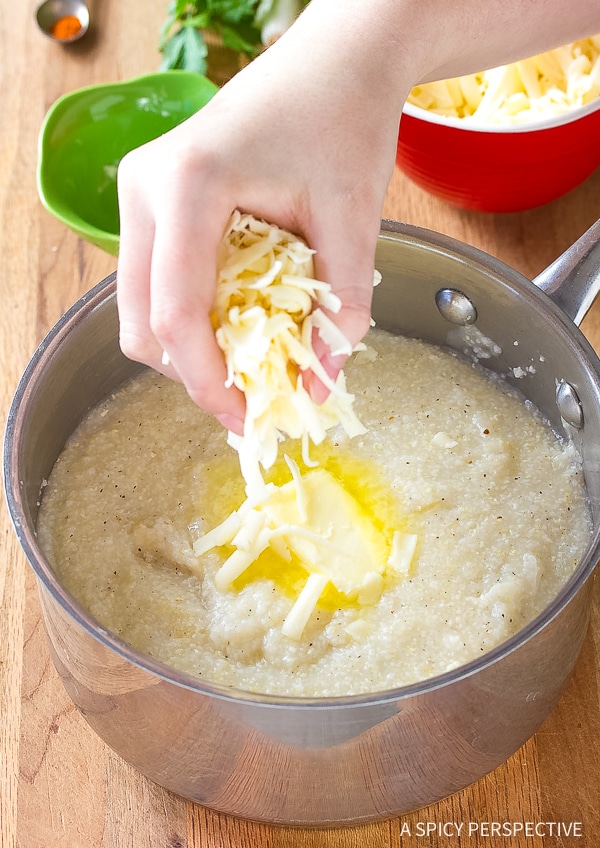 The language here not only encompasses the alluring draw we think of, but many smile-jerking slang terms as well. Conversations are sprinkled with amusing expressions that are completely new to me. I’ll list a few I’ve recently heard and just had to write down…

“Well, that just dills my pickle!”

“You know that boy is slicker than frog skin.”

“I’m sweatin’ like a fat girl writin’ a love letter!”

“That’s about as useful as a pogo stick in quicksand.”

“It’s cold enough to freeze the balls off a pool table!”

“You know, the sun don’t shine on the same dog’s tail all the time.”

“She’s tighter than the skin on a grape.”

People still smoke in the south! Maybe it’s not a high note, but a curious discovery, none-the-less. Asheville is considered something of a health utopia; yet it’s unbelievable how many people smoke here. I think it has something to do with the fact that there is at least one tobacco field on every country road. 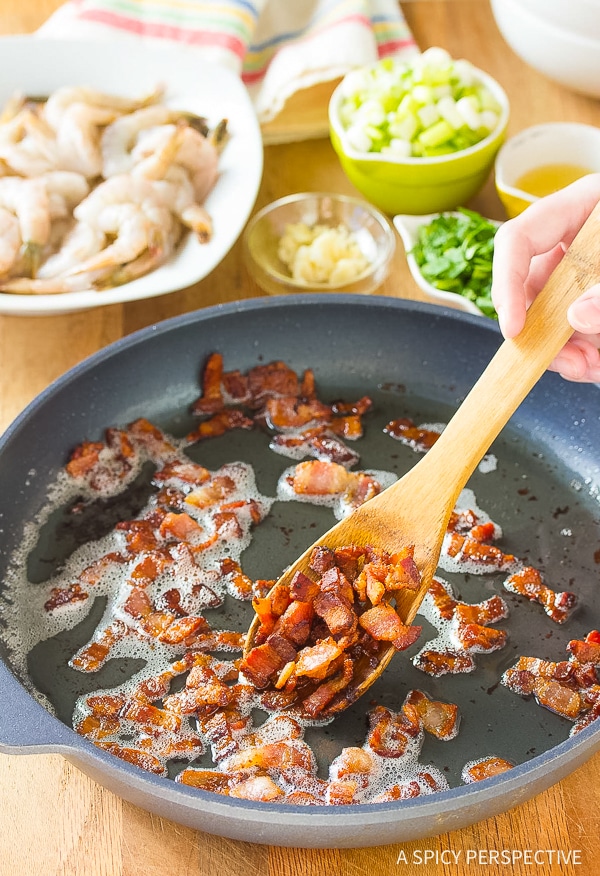 Southerners are very proud of their history, culture and architecture. They are aware, and in many cases, even apologetic about their shaded past, but they know their history well and tell richly colorful stories. They seem genuinely happy to share interesting facts about their town and local heroes. And they celebrate the unique art and music culture they have cultivated.

But most of all, I have discovered the wonders of Southern Cooking! It is serious business down here. There are culinary rules steeped in tradition that must be followed. Until our move, I was unaware that cornbread must be baked in a cast iron skillet, and in bacon grease. Any other way will only produce a cheap imitation. 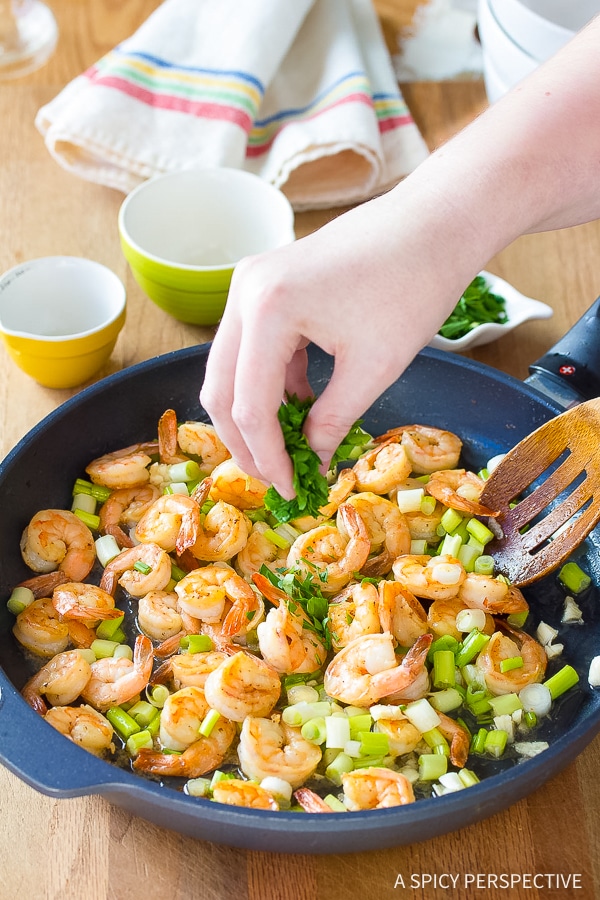 Also, I’m almost certain I had never eaten grits before living here. Sure, I had eaten polenta plenty of times… But grits, no. And did you know that their is a difference between Cajun and creole cooking? I had no idea! They come from completely different origins.

I am forever a student of my environment, and I plan to pay close attention in class. 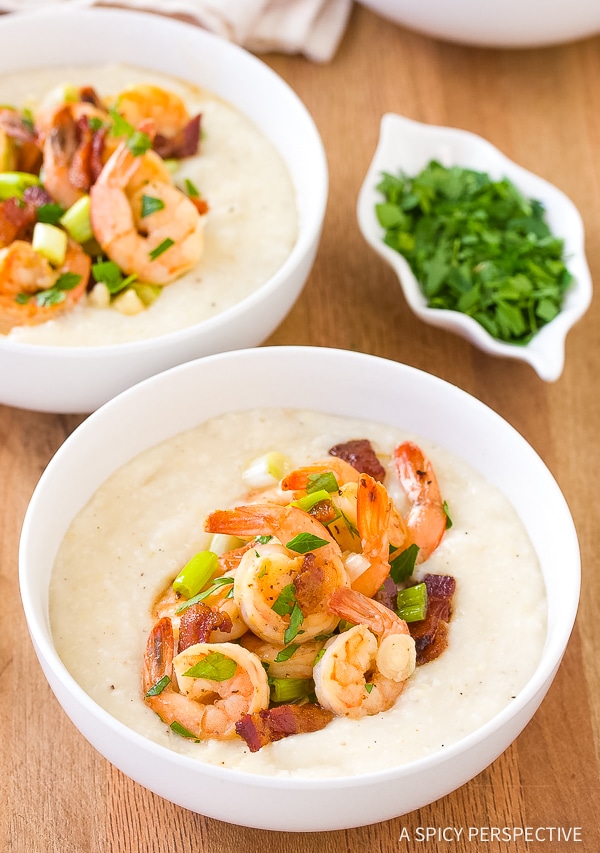 Southern Shrimp and Grits is a cozy love-fest for seafood, bacon, corn, and cheese with a bright pop from the lemon to balance the flavors. If you are exploring Southern cooking, this is the perfect place to start! 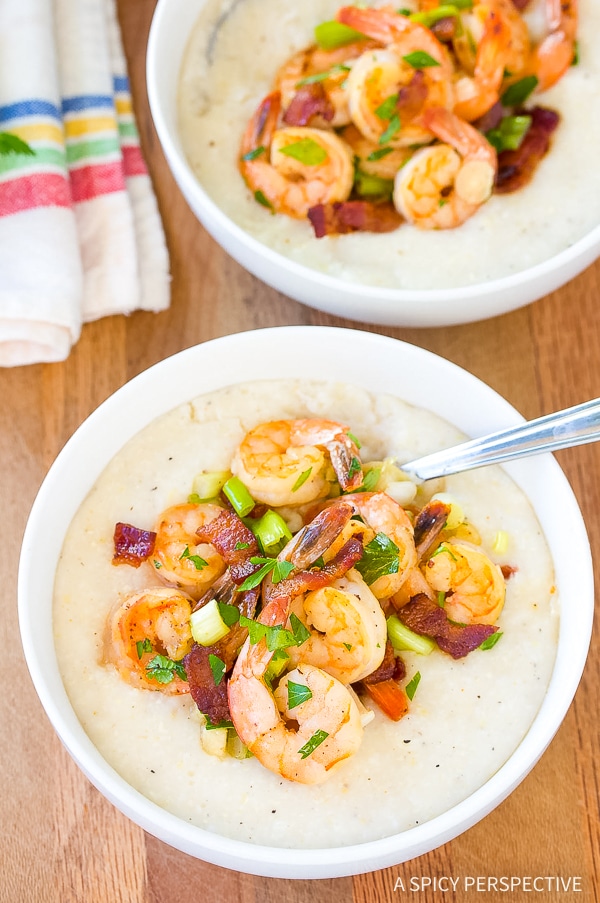 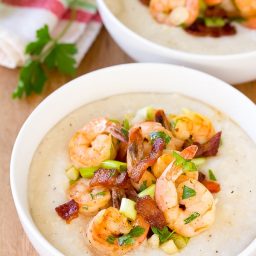 84 comments on “Southern Shrimp and Grits”