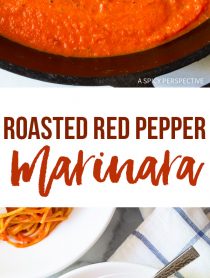 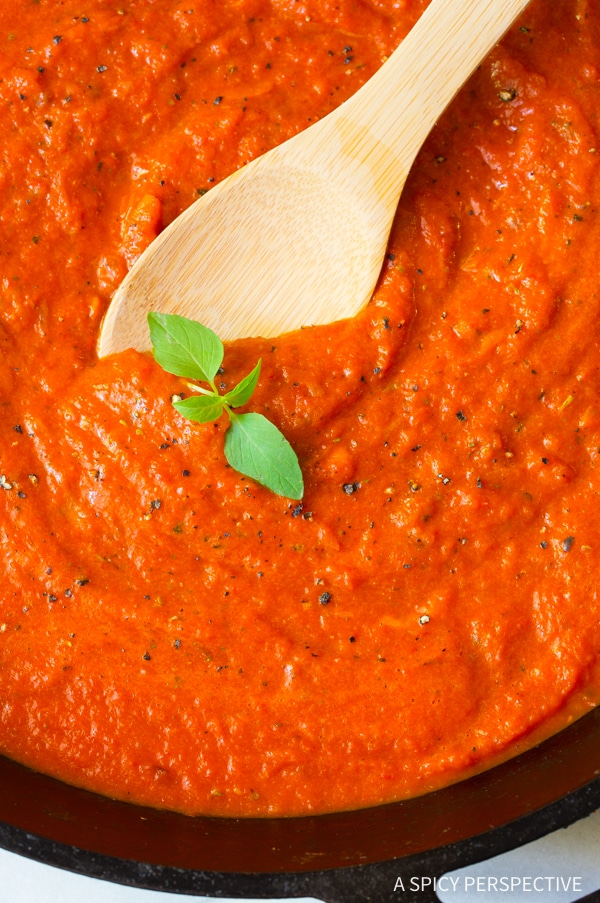 Sick of plain old spaghetti with marinara for dinner? I’ve got a solution!

Roasted Red Pepper Marinara. That is, marinara made with red bell peppers instead of tomatoes. 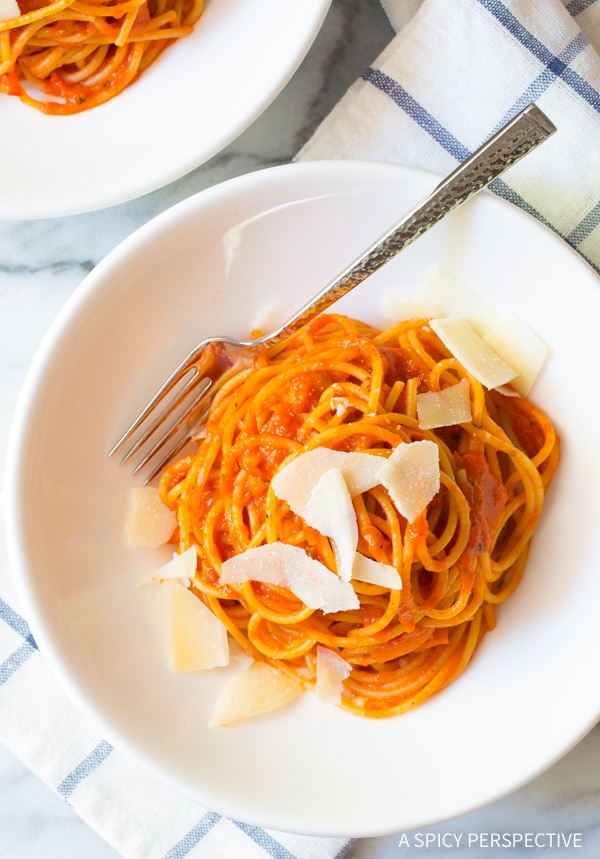 Its silky texture coats pasta beautifully, and makes a marvelous dip for mozzarella sticks and calzones. In fact, there are instances I like it better than tomato marinara, God forbid.

Spread it over crusts for a unique pizza topping, or slather it over a meatball sandwich! 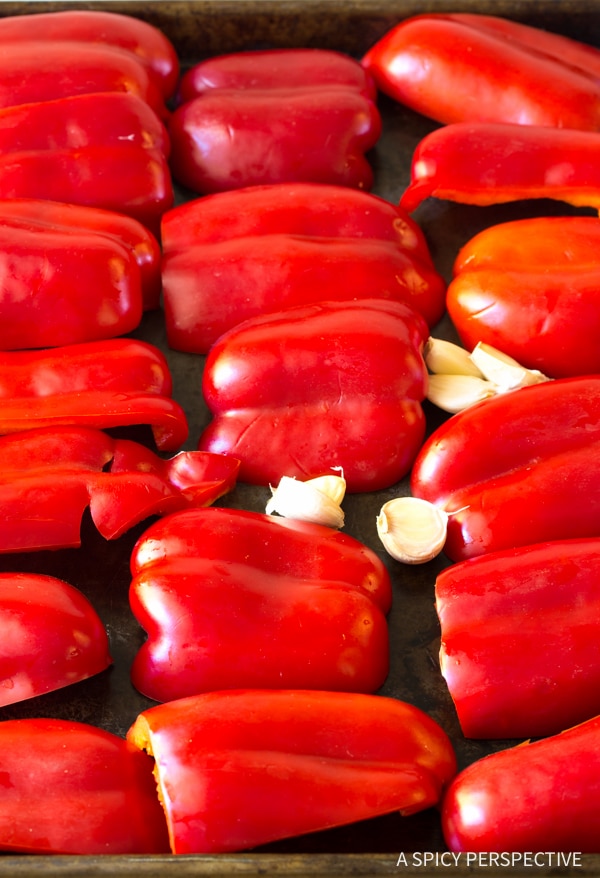 Our Roasted Red Pepper Marinara recipe is healthy, veggie-packed and can easily be made vegan by substituting oil for butter. It’s also gluten free!

Cut red bell peppers into strips and lay them out on a baking sheet. Broil in the oven until the skins turn black. Then place the peppers in a sealed bag to steam and loosen the skins. 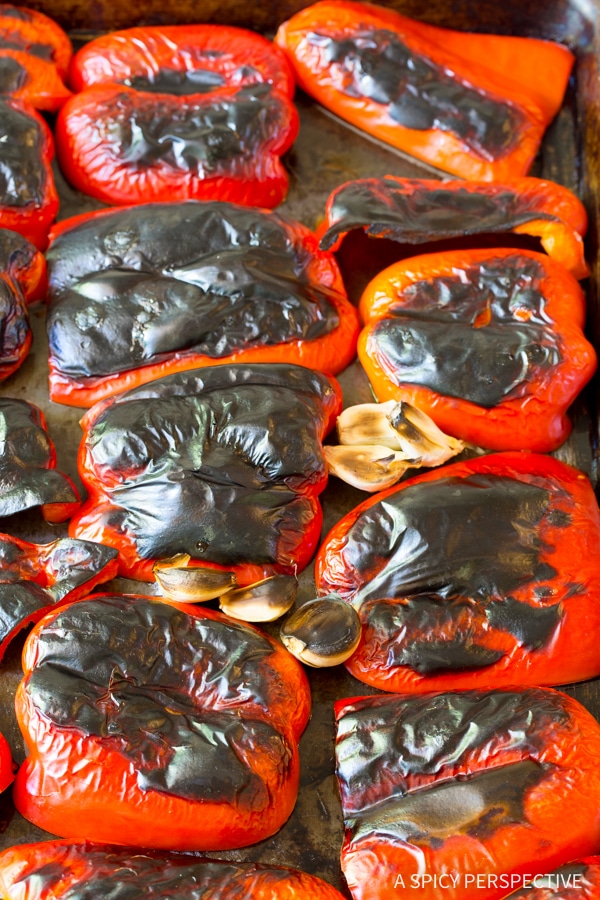 Once the black waxy skins are loose, peel them off and place the roasted peppers in a blender. 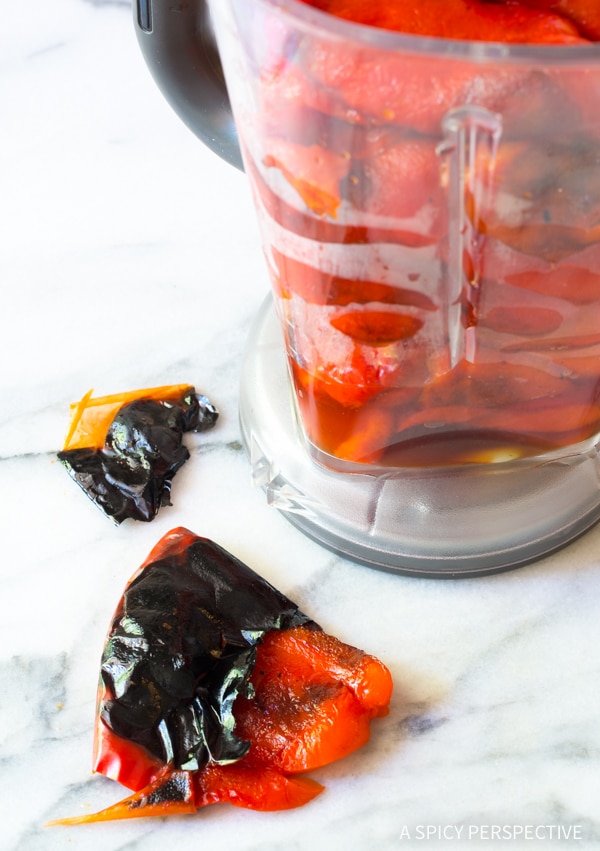 Puree the roasted red peppers and garlic until very smooth. Pour the puree into the sautéed veggies and simmer to thicken. 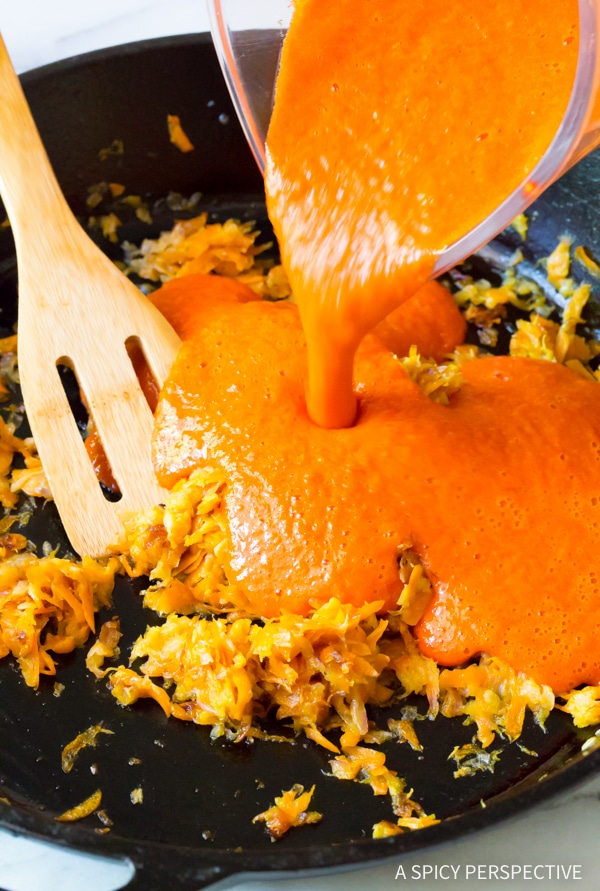 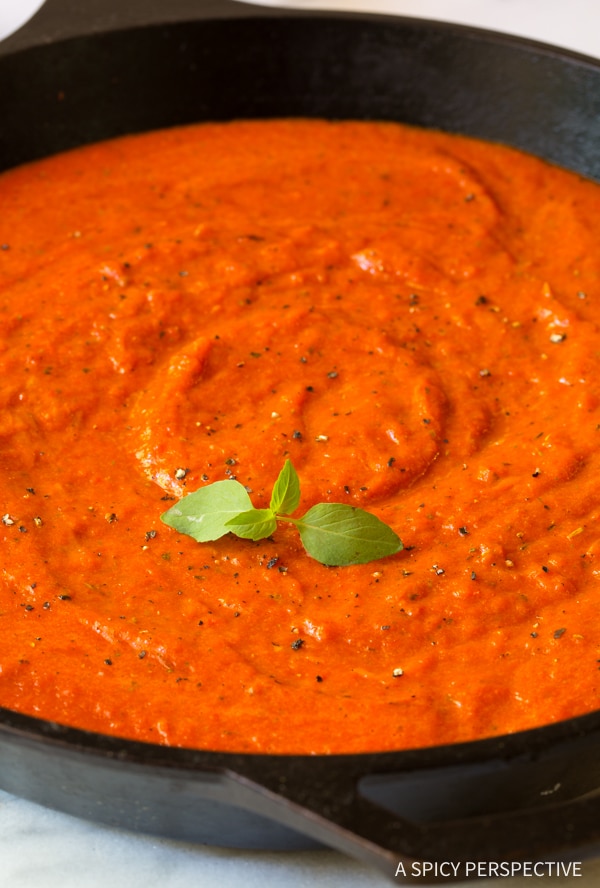 Give Roasted Red Pepper Marinara a try with traditional or gluten free pasta.

You’ll be so glad you did! 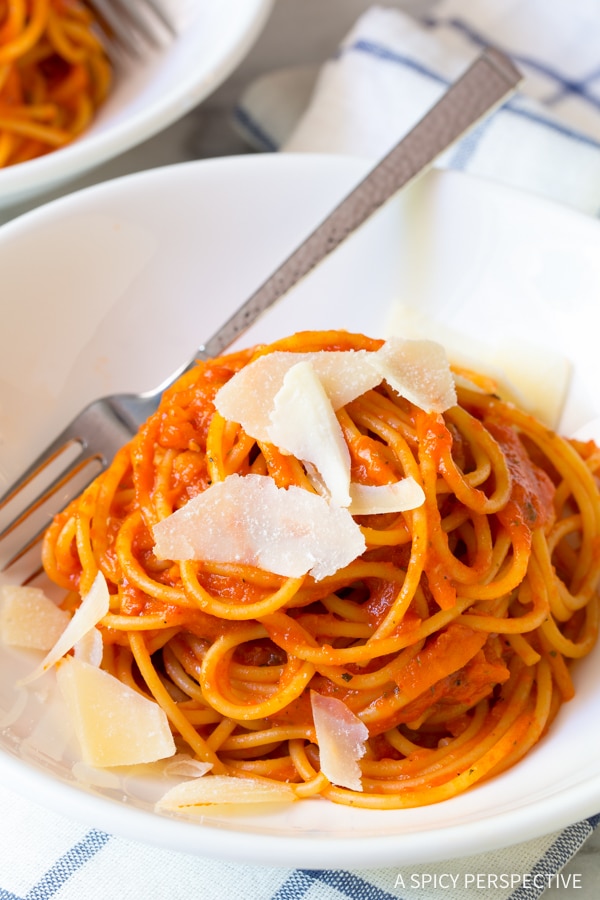 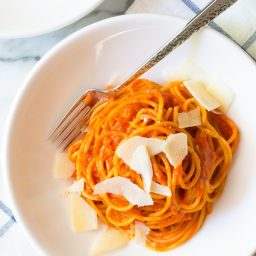