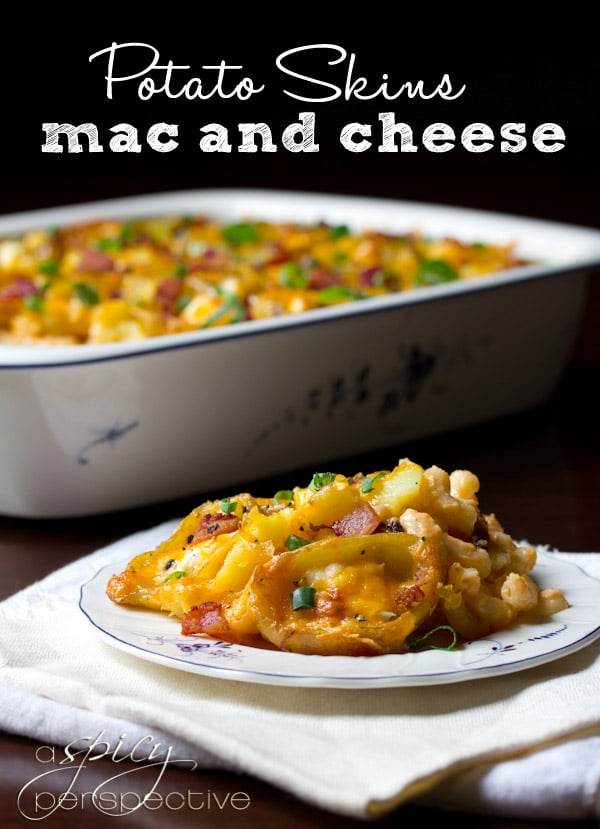 No, this is not overkill. I promise it’s not.

If you are going to take the time to make homemade baked Mac and Cheese with fresh creamy cheese sauce, you need a killer crust to top it. And what better “crust” than a cheesy potato skins recipe?

You can’t argue with that. 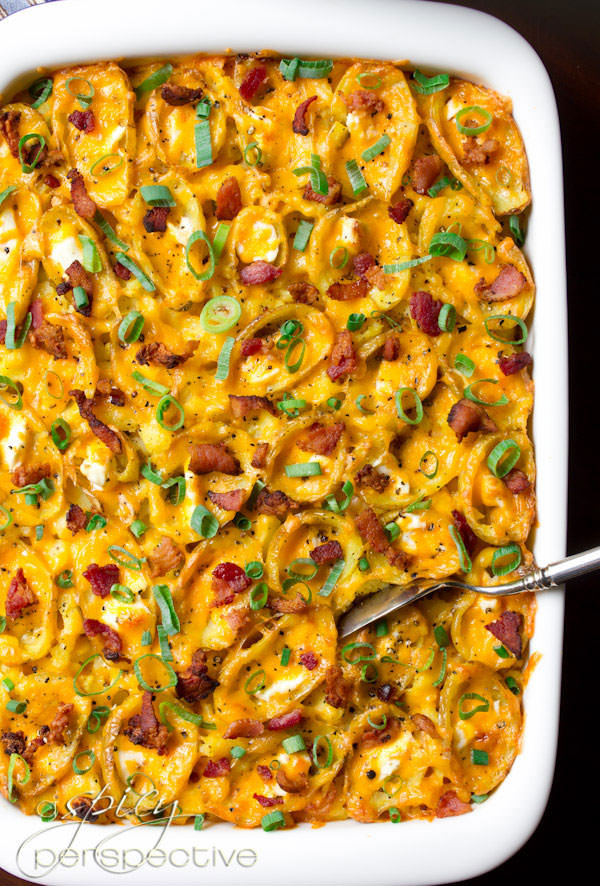 It all started with a bag of the cutest baby golden potatoes.

They were just begging to be turned into something extravagant. Something with a bit of wow-factor.

So I roasted them, halved them, scooped out most of the flesh, and brushed them with oil. Then I gave each tiny potato skin a little kiss of cream cheese. 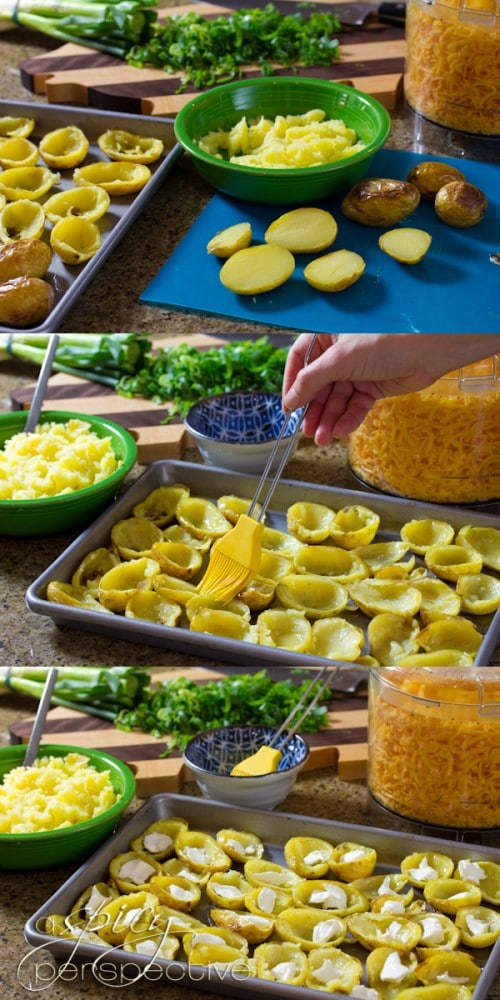 Then stir in cooked macaroni, crumbled bacon and green onions. 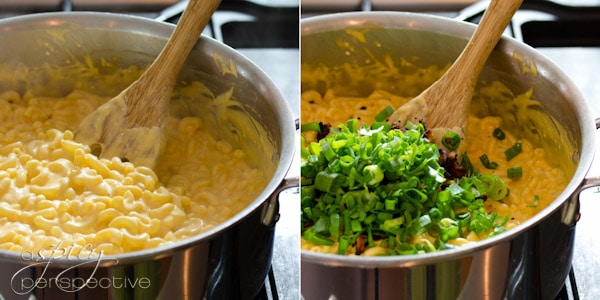 Finally sprinkle the leftover bits of golden potato over the top, arrange the potato skins, and sprinkle with even more cheese. 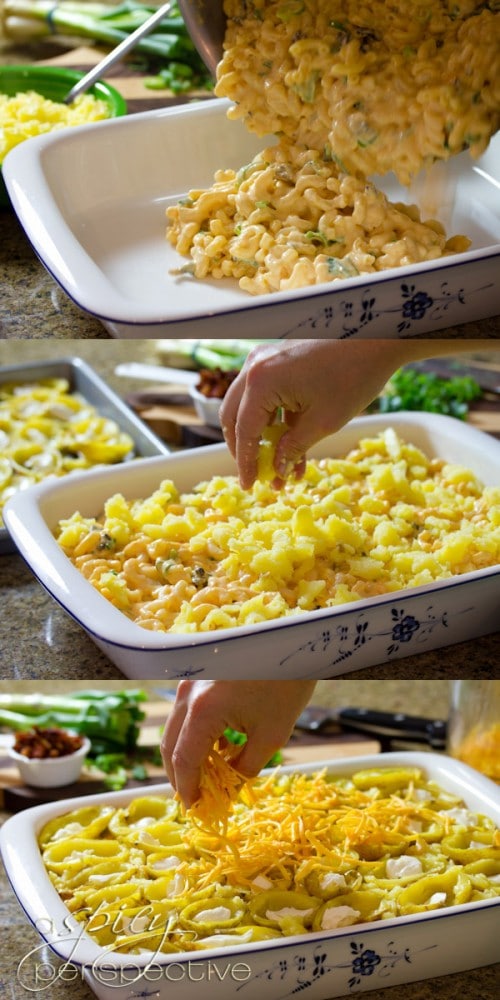 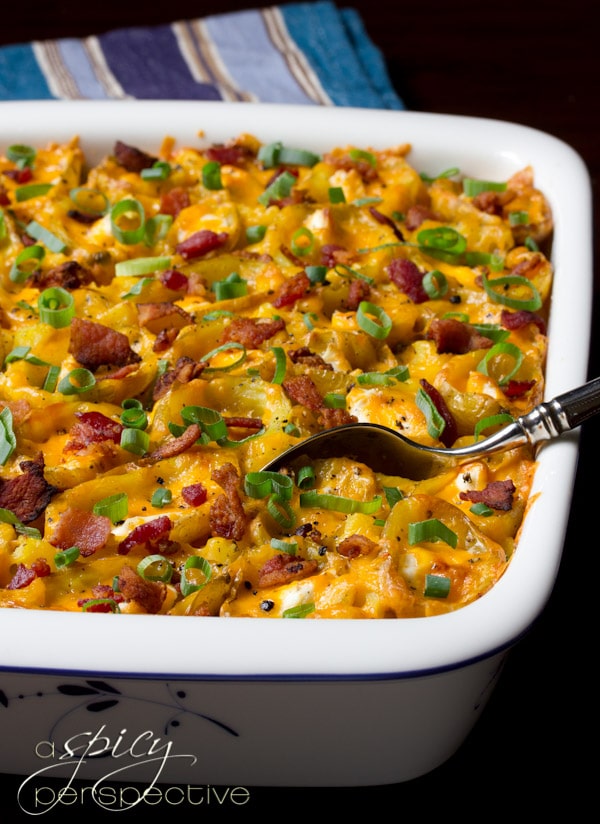 And after months of light healthy summer meals, this is the time to splurge a little on this Baked Potato Skins Mac and Cheese Recipe. 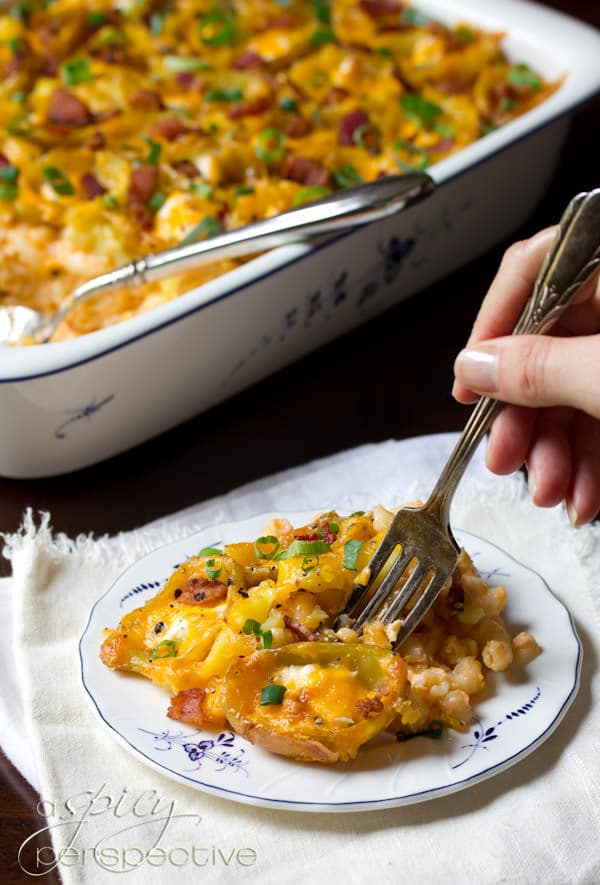 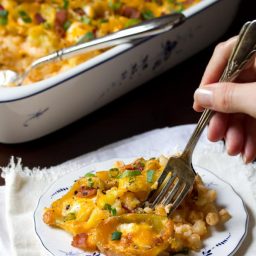 For the Potato Skins: