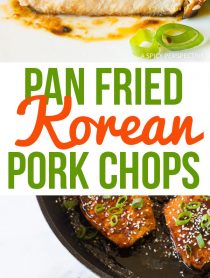 Bold and spicy Pan Fried Korean Pork Chops! A recipe that will perk up dinner any night of the week.

Disclosure: This post is sponsored by the National Pork Board. All opinions are our own. 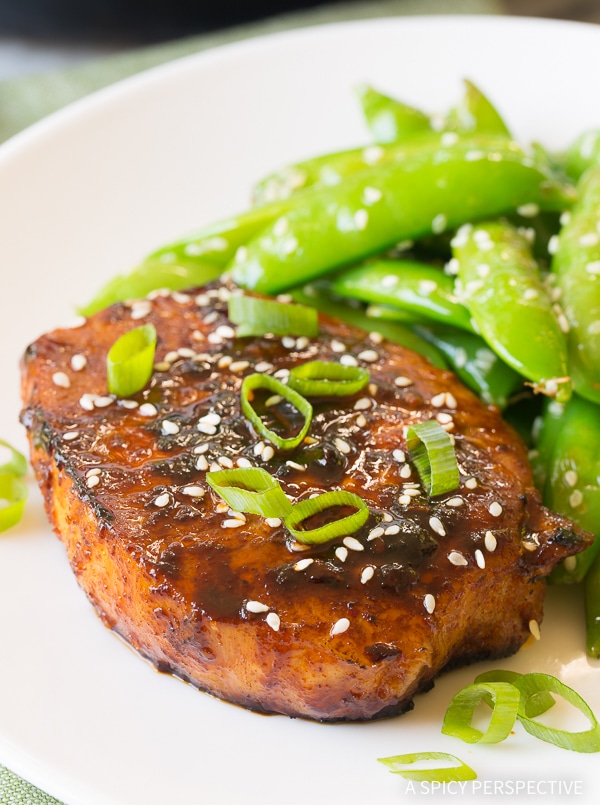 We all love simple recipes that are quick enough to make after a long day at work.

When those same recipes are also special enough to make for weekend dinner parties, what a bonus! 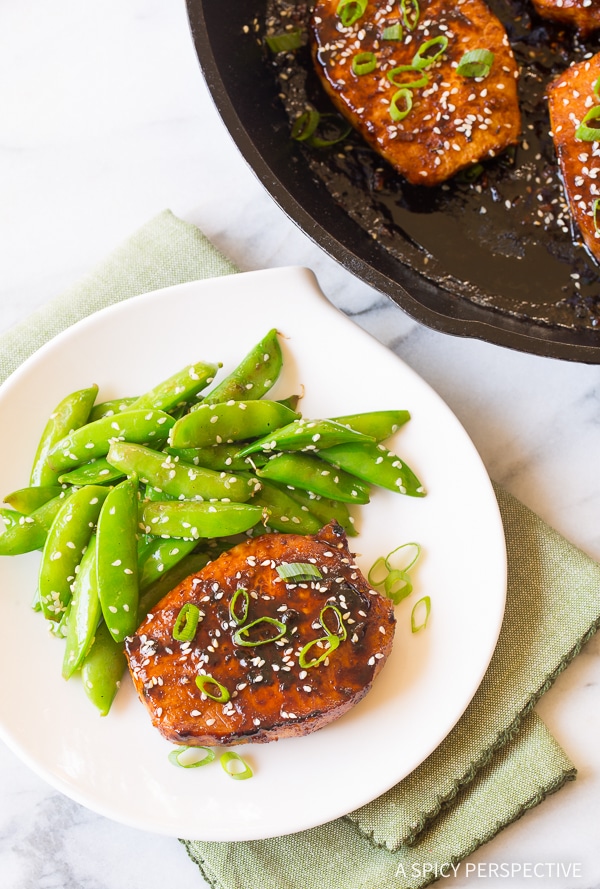 Today’s Pan Fried Korean Pork Chops are such a recipe. 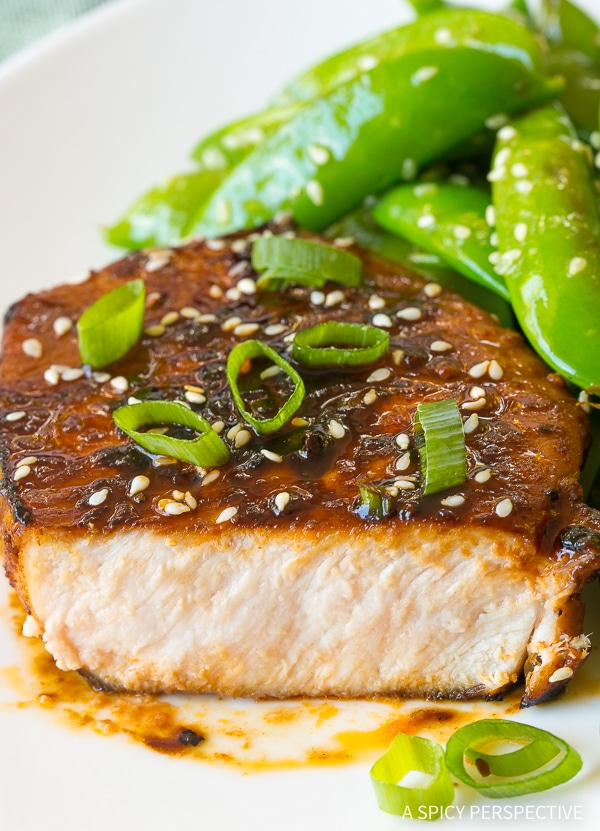 You can serve these pork chops with a simple veggie side dish, like snap peas, for a simple low carb meal. Or make them the centerpiece of an Asian-inspired holiday feast, with kimchi, fried rice, and stir fried vegetables.

I have used this Korean-style marinade on many forms of protein. Yet I believe it’s at its best on pork! 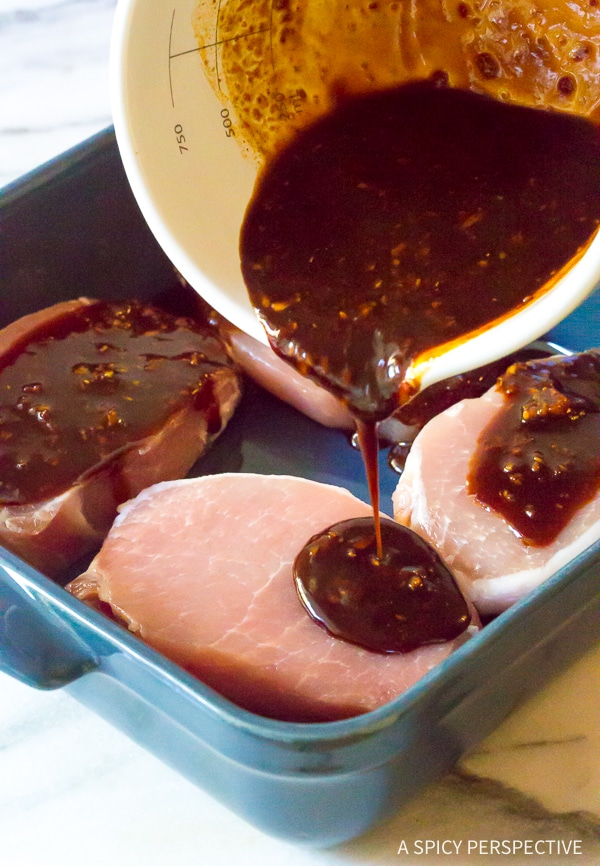 The combination of the zesty marinade with rich juicy pork chops, is so tantalizing, you’ll want to make them every week.

In fact, I’ve noticed this with many dishes at home and in restaurants… Chefs all over the country are recreating dishes to incorporate pork, because of its luxurious texture and taste. 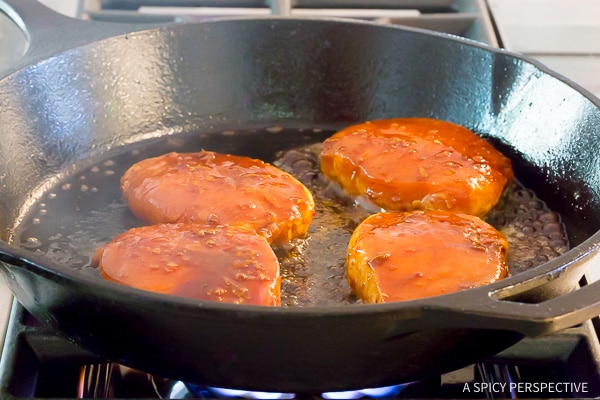 Plus, pork is an affordable protein option that can be used in everything from succulent comfort dishes to lean low carb meals.

The holidays are a great time to celebrate with pork! Although our Pan Fried Korean Pork Chops might not be traditional holiday party fare, they would certainly be the star of any feast. 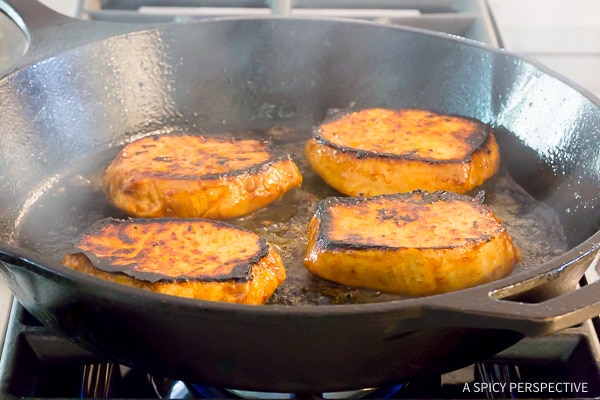 Just make sure not to overcook your Pan Fried Korean Pork Chops.

It’s safe to cook pork chops to just 145 degrees F, leaving the center a light shade of pink and extremely juicy, followed by a three-minute rest. Here I cooked mine to about 150 degrees, which ensures the meat is still moist and tender. Once you get beyond 160 degrees internally, the pork will dry out. 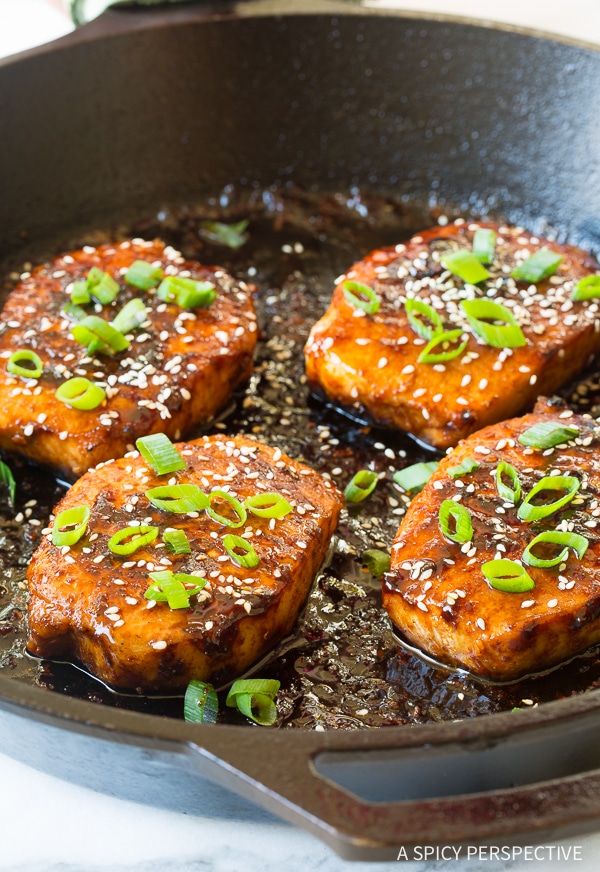 These Pan Fried Korean Pork Chops have been a sensation at our house this season! I recently served them sliced over creamy five-spice risotto and they were a revelation. Even though the marinade is decidedly Asian, the flavor profile goes with all sorts of side dishes.

Be adventurous this season, and give Pan Fried Korean Pork Chops a try! 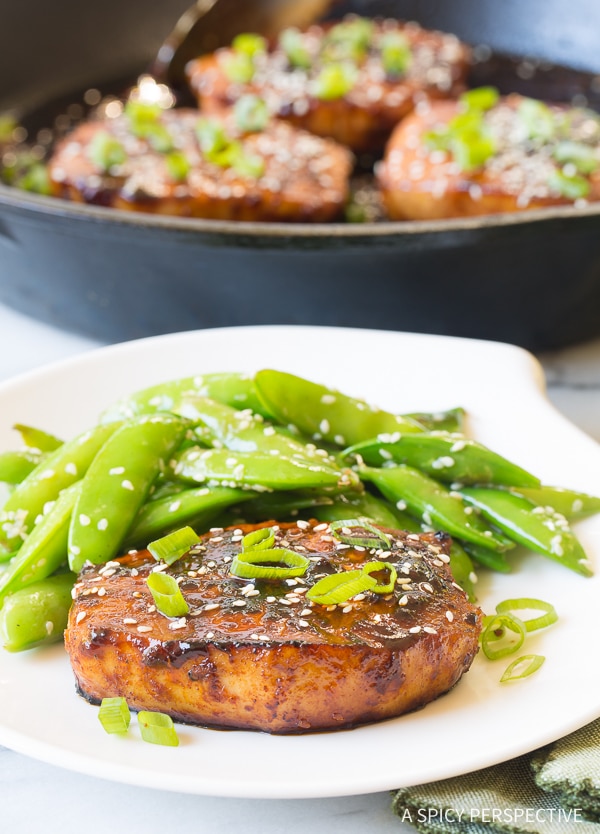 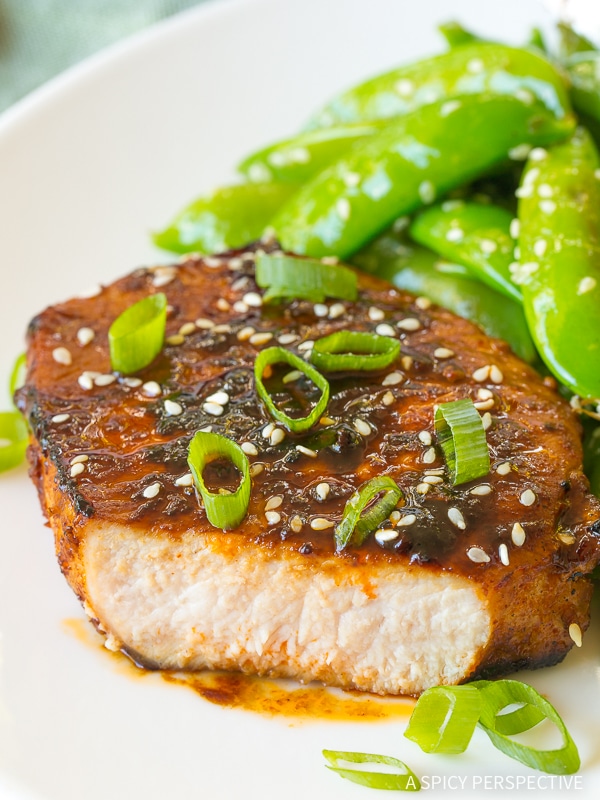 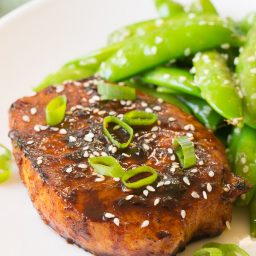 NOTES: Pork chops should be cooked to 145-160 degrees F internally, if using a meat thermometer, followed by a three-minute rest. If your pork chops are closer to 3/4-inch thick, cook for only 3 minutes per side, plus the 2 minutes for the marinade. If the chops are 1-inch thick, cook for 4 minutes per side, plus 2 additional minutes for marinade.