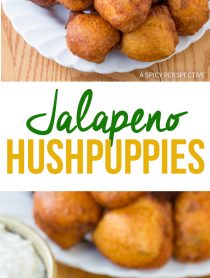 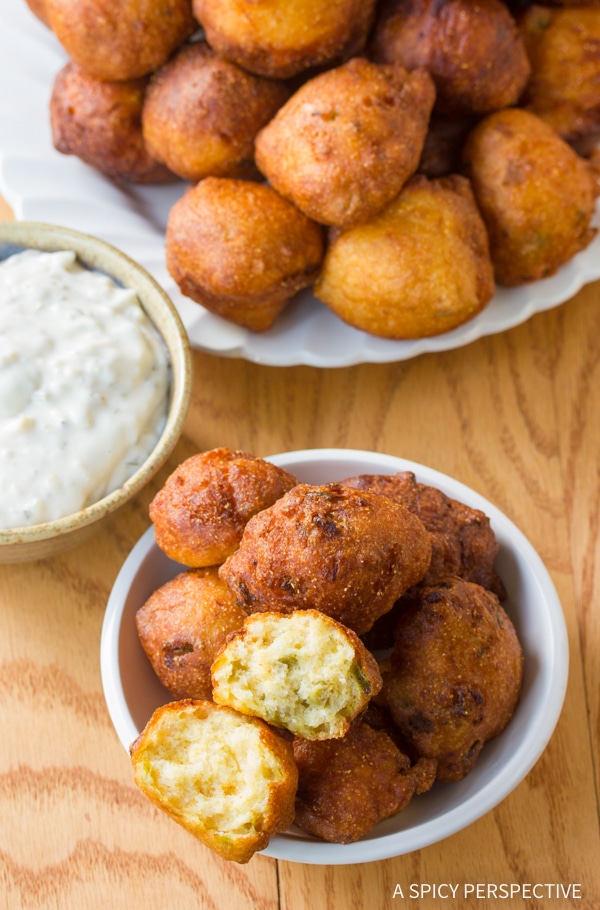 Sometimes you get the chance to walk into a person’s life at a divinely appointed moment, and witness something truly wonderful. That characterizes my encounter with friends Jody and Steve Dunning, owners of Okie Dokies Smokehouse in Swannanoa, North Carolina.

Destiny isn’t new to Jody and Steve. In an instant of shear kismet, they both  joined a casual gathering of friends one afternoon. As the party dwindled away, Steve announced he had to spend the rest of the day restoring his BBQ truck. Jody, being handy and obliging, offered to help.

Now you tell me… What man wouldn’t fall head-over-heals for a spunky, curly-haired, blue-eyed woman who knows how to use a hammer and can help fix his truck?

Steve never even had a chance. 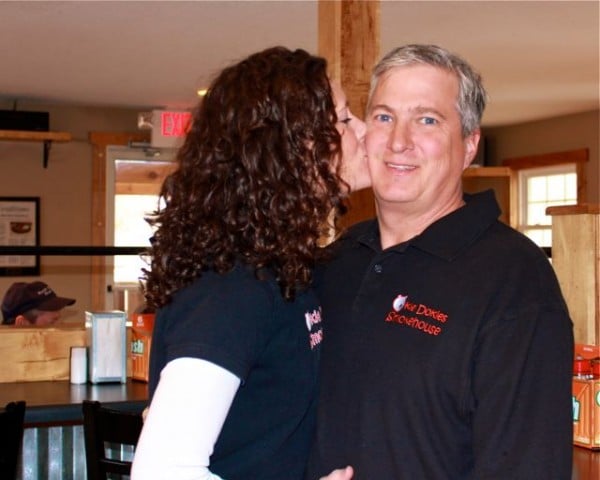 Steve and Jody built a relationship around shared values, family, and meat. BBQ is part of their makeup.

From the very beginning Steve drove “The Red Wagon” around our region and sold sandwiches and BBQ plate specials. He parked his truck in different small towns on various days of the week and built a loyal following in more than one county. You could say he’s a predecessor to the ever-popular “food truck movement.” 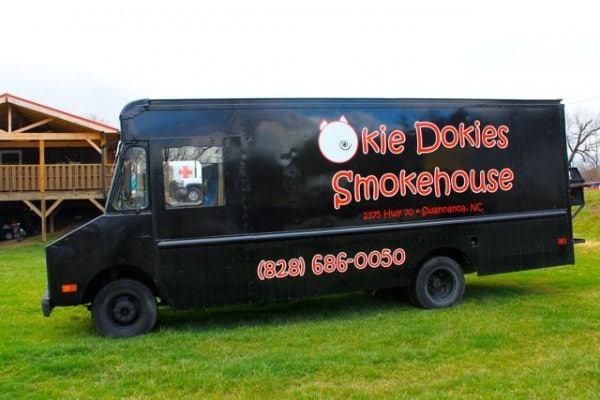 Jody would tell you BBQ is personal. After traveling the country experiencing regional methods, the Dunnings developed their own style of BBQ.

They believe the meat should be able to stand alone, un-sauced, but have cooked up various flavor-packed sauces for their customers to experience as well.

When I met the Dunnings, they were a family of four with another little boy on the way.

At that point in their journey they had established Grill House Catering, providing BBQ, yet incorporating a fine-dining element as well. They continued to build their business, but felt an urgency for change. 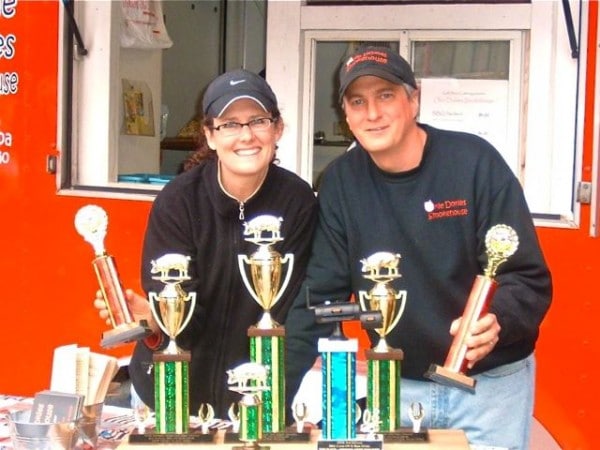 They bought a two-story building in Swananoa, just outside of Asheville. A deli leased the upstairs space and Jody and Steve planned to use the downstairs as their catering kitchen. Within weeks after they signed the contract for the building, the renter upstairs revealed they would be closing their business.

The Dunnings were at a stand-still. The economy was falling to pieces and there they sat with a two-story building and no renter. What would this mean for their business? Another moment of serendipity had arrived.

Steve and Jody determined to see this as an opportunity. With the help of Steve’s brother and a few friends they rolled up their sleeves and gutted the whole building. In 2007, with restaurants closing all over the region, Okie Dokies Smokehouse bravely opened it’s doors.

I’ve watched these courageous friends thrive over the last few years. Their wood-fired bbq is unique to our region and draws barbecue connoisseurs from around the country. Steve and Jody have fed numerous celebrities including famous football players, politicians, Charlie Daniels, Franklin Graham… and Matt Damon.

They have a collection of trophies from numerous BBQ competitions, have been featured in Southern Living Magazine, and were voted in the top 3 BBQ Restaurants in the Mountain Xpress “Best of WNC” Competition. 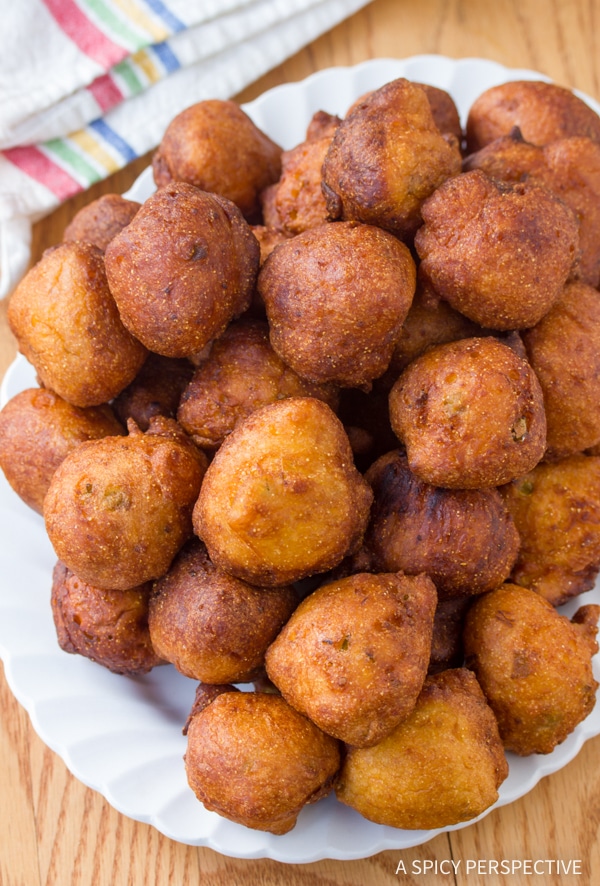 Their attention to detail and ingredients, along with a casual family atmosphere, keeps the locals coming back for more. “The restaurant business isn’t easy” Jody confesses, “But you do your best with what you know.”

The Dunnings are living proof that backbone and an attitude of excellence create success. 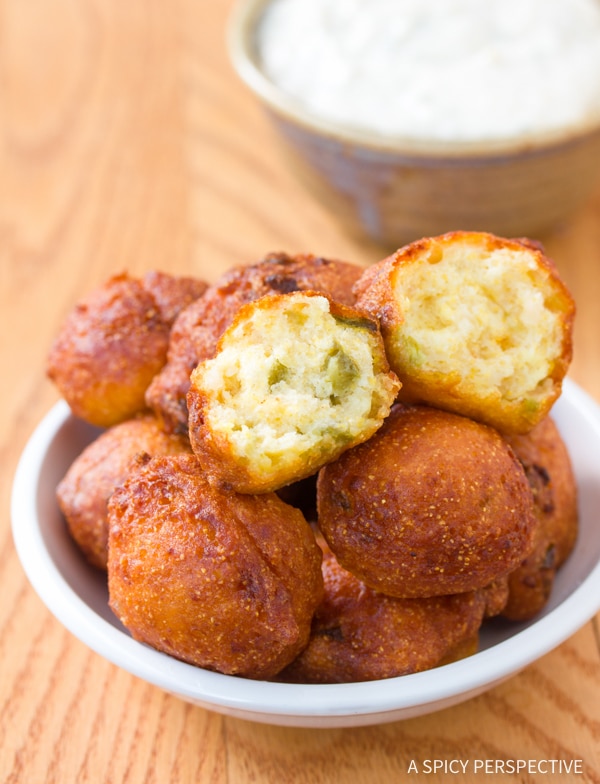 Steve and Jody graciously offered their addictive Jalapeno Hushpuppies Recipe and Carolina Red Slaw Recipes so our ASP readers could make them at home.

If you’ve ever wanted to make your own hushpuppies, this Jalapeno Hushpuppies Recipe is ridiculously amazing! 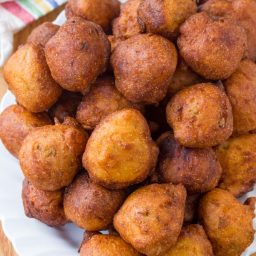 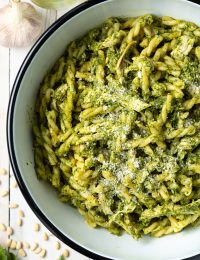 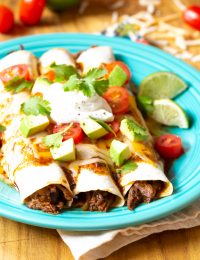 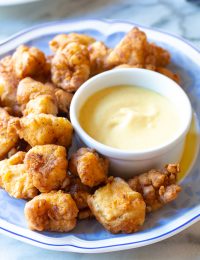 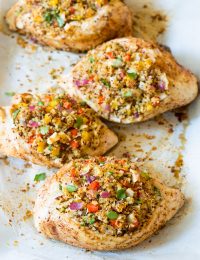