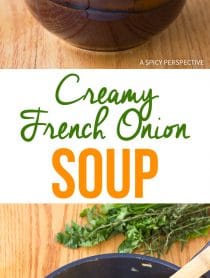 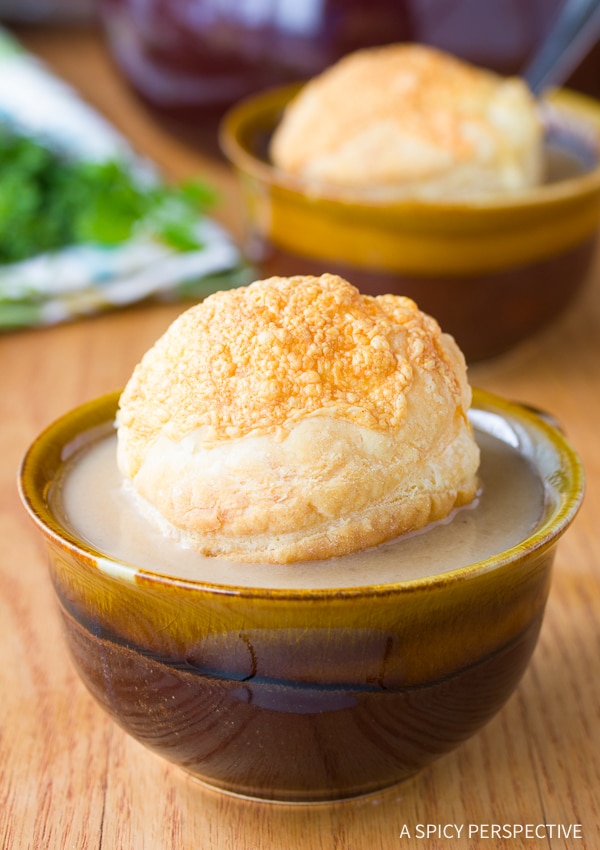 I have two early memories of soup from my childhood.

The first is of my mother picking me up from a preschool that looked like a little covered wagon on top of a hill. She would bring me home and make tomato soup and grilled cheese sandwiches. I remember the giddy anticipation and restlessness I felt, waiting the 15 minutes it took to prepare.

My second soup memory, was the first time I tasted a creamy French Onion Soup Recipe. 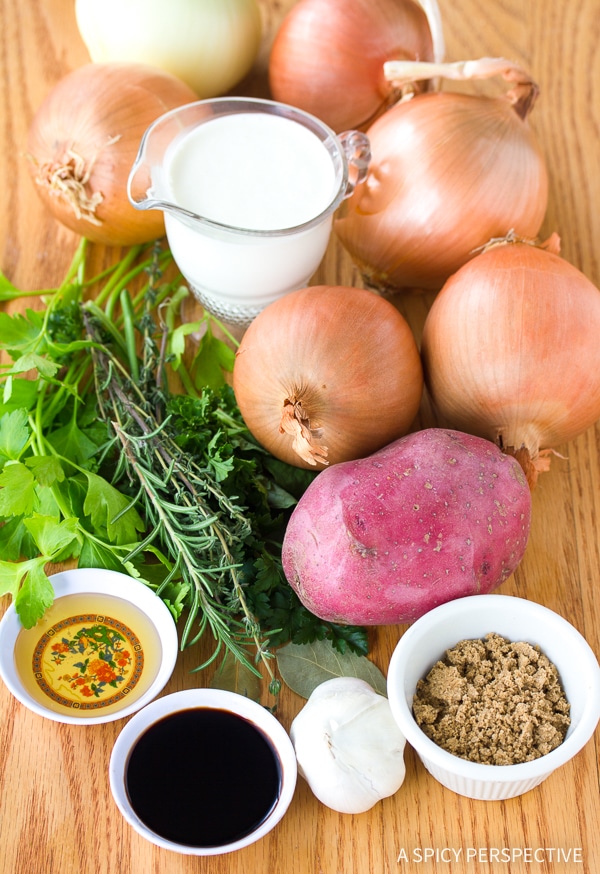 When I was small, my parents took me to fund raiser called Souper Sunday. Area restaurants would provide cauldrons of their best soups and people would come to sip and take part in a silent auction.

I remember looking up at a man in a tall funny white hat as he handed me a bowl of dark broth, half-covered with bread and cheese. As I dipped into my cup, scooping up bits of onion, bread saturated with rich beef stock, and cheese, I suddenly felt like I was being let in on a marvelous secret. The complexity of the winey stock, along with the slippery slivers of onion and salty beef essence had me at first taste.

This would forever be my favorite soup. 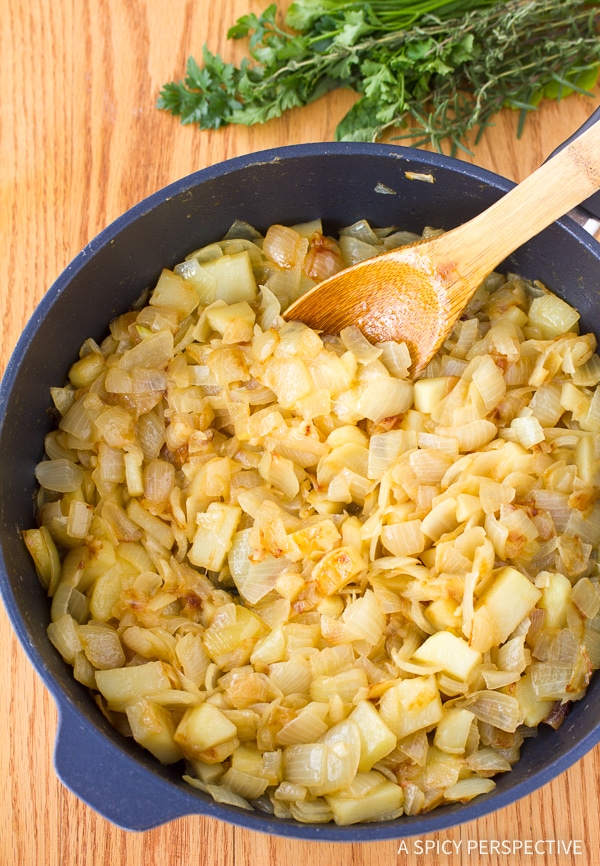 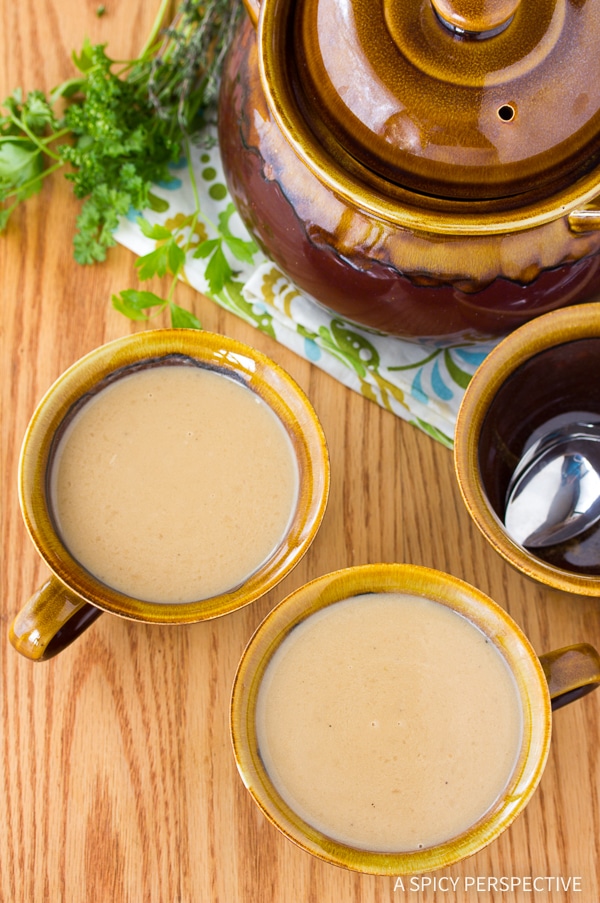 Because of the thickness of the soup, I decided it would benefit from a light crispy topping, instead of the traditional over-sized crouton. Here we have puff pastry “Cheese Pillows” to float on each cup.

This Creamy French Onion Soup Recipe is oh so delightful, and is sure to be a new favorite in your house! 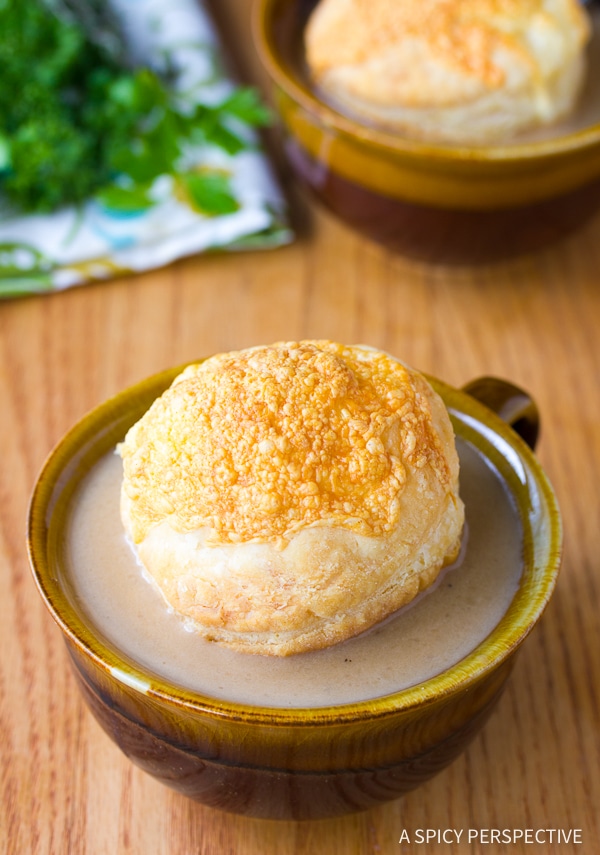 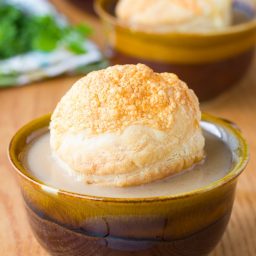 NOTES: Because this Creamy French Onion Soup Recipe is pureed, don't worry about perfect slices of onion, just chop them roughly. You can use beef stock if you like, but I find using Beef Base allows me to create a stronger beef flavor. Beef Base is highly concentrated beef stock. No immersion blender? You can also use a stand blender, but be careful. Work in small batches, and place a towel over the OPEN vent in the lid. That way the steam can escape, but you don't get sprayed with hot soup.