Not just a cinnamon roll. Not just cinnamon cookies. These, my friends, are Cinnamon Roll Cookies! Let’s pause and relish the idea. 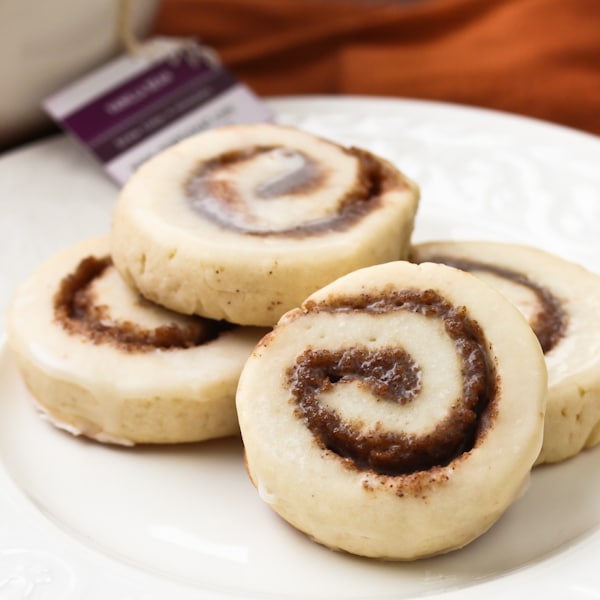 Well for starters, I’m an overachiever. (Haven’t you noticed?)

Fourth, cinnamon rolls do not fit in your pocket.

…I knew you’d see it my way sooner or later. 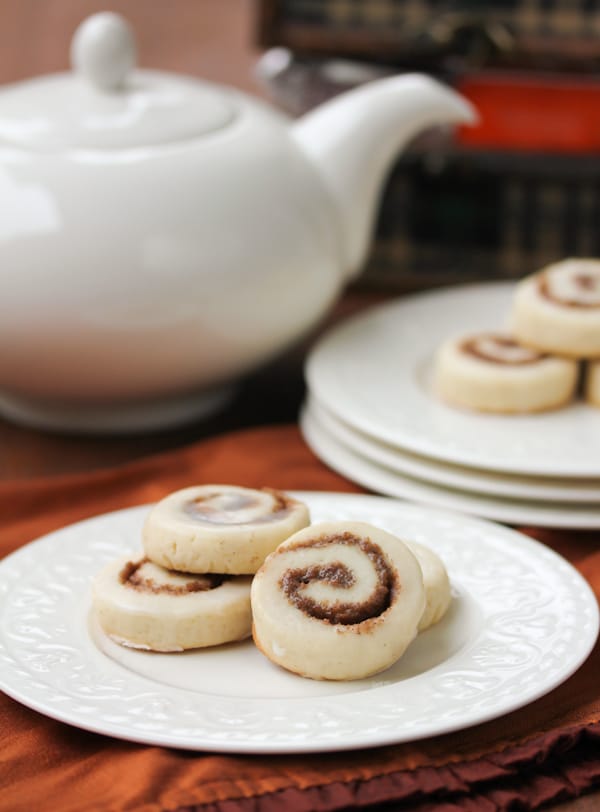 Cinnamon Roll Cookies, however, are perfect for lunchbox treats and your holiday cookie exchange. They look as good and they smell, and taste EVEN BETTER.

There are two secret ingredients that takes these little beauties to the next level.

Second, dry active yeast because it gives the cookies that underlying flavor that makes cinnamon rolls so irresistible. The goal here is to include the yeasty essence without activating it. So mix the yeast with cool vanilla prior to adding it to the dough. As long as it’s not warm, it will infuse with the vanilla, but shouldn’t foam and cause the cookie dough to rise more than needed. 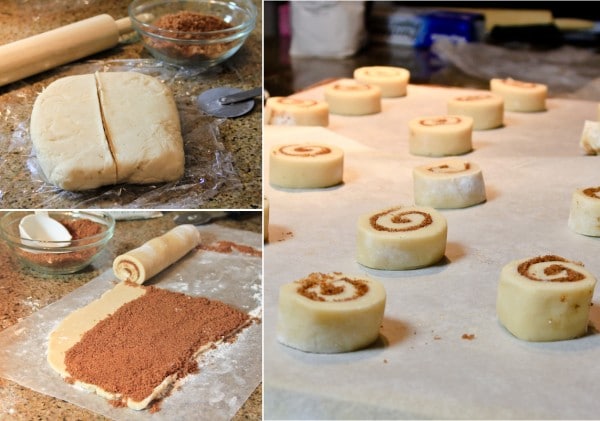 Make a batch and bake half the cookies now and wrap the other roll for later. You can slice and bake homemade Cinnamon Roll Cookies in minutes whenever you need them! 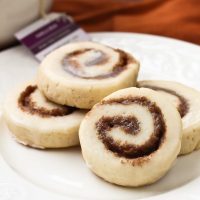