This page is designed for those who are new to tinkering around the kitchen. I’ve compiled a list of tips and ideas that I share with my students. I hope you find them helpful.

We all have good intentions of making LOADS of healthful and tantalizing meals for our families each week. However, it’s easy to get overwhelmed with work, appointments, and life’s little hiccups and succumb to ordering takeout. Here are a few ideas that might help you turn over a new leaf! 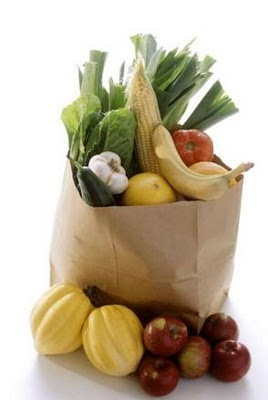 Your knives should be your #1 kitchen tool. (Followed by a good cutting board to keep them sharp!) You get more use out of a good knife, than any other kitchen utensil or gadget. Therefore,  you should invest in well-made knives and take special care of them. Choosing a good chef’s knife can be tricky. Cutlery companies address the steel and ergonomics in different ways. The two most important things to consider: the knife should be made from one piece of steal, running from the tip all the way through the handle, and the knife should be comfortable to hold. There are two common varieties of chef’s knives to inspect.

The best way to decide which kind you like is to try them out. Some kitchen stores will allow you to handle the display knives. An even better place to try them out is at a friend’s house. If you have a  friend with both types, offer to go over and help make dinner. By the end of the night, you’ll know which one you like best! Good knives will last forever, so buy the best you can afford. It’s better to spend $100 on one reliable and comfortable chef’s knife, than to have a butcher’s block full of cheap, flemsy knives that dull easily.

Caring for knives. Knives need to be hand washed and dried to stay sharp. Using a steel to sharpen your knives is a good idea too, but over time even this will not keep the blade as sharp as it should be. I recommend taking your knives to a professional sharpener about once a year. Oh yes, they’re out there–blade sharpening shops–just waiting to breath new life into your sad little knives. This keeps your knives in the best possible shape–for a small amount of money!

Other equipment to invest in: A good cutting board, heavy bottomed pots, a large cast iron skillet, a zester, a food processor, a whisk, silicon spatulas, a couple good baking sheets, and an apron.

All available in my online store!

Relax! Turn on your favorite music and pour yourself a drink. You will enjoy cooking more and are less likely to make mistakes.

Always start cooking with an empty dishwasher. You can put dirty pots and pans in as you’re finished with them so that clean up doesn’t seem so bad.

Put out a veggie tray! The smell of mom cooking always seems to draw all the little beggars to the kitchen. I like to stop all snacks an hour (or more) before dinner. Then I put out a plate of carrot sticks, snap peas, celery, etc. right before I start. If the kids are really as hungry as they say—they’ll eat the veggies. If not, they can wait until dinner. After all, it’s not so bad if kids can’t eat everything on their plate because they filled up on raw veggies! Snacking on veggies also helps me not over eat at dinner.

Wear your apron. If you don’t, you’ll be amazed how many of your shirts end up with splatter stains.

Read your entire recipe(s) before starting. Make note of cooking times so you can decide what part of your meal to begin first.

Pull out all your ingredients at once. It saves time.

Put ingredients away as you use them. Quicker clean up at the end!

If possible, make a deal with your husband or kids that when you cook, someone else does the clean up.

Having ingredients on-hand gives you the ability to get CREATIVE when the moment strikes! Here is a complete (long) list of items I regularly use in my kitchen!

“To the tooth,” in Italian. The pasta is cooked just enough to maintain a firm, chewy texture.

To brush or spoon liquid fat or juices over meat during roasting to add flavor and to prevent it from drying out.

To slice a food crosswise at a 45-degree angle.

To thicken a sauce or hot liquid by stirring in ingredients such as eggs, flour, butter, or cream.

A popular Cajun-style cooking method in which seasoned foods are cooked over high heat in a super-heated heavy skillet until charred.

To boil briefly to loosen the skin of a fruit or a vegetable. After 30 seconds in boiling water, the fruit or vegetable should be plunged into ice water to stop the cooking action, and then the skin easily slices off.

A cooking technique that requires browning meat in oil or other fat and then cooking slowly in liquid. The effect of braising is to tenderize the meat.

To cook food directly under the heat source.

To cut open a food such as pork chops down the center without cutting all the way through, and then spread apart.

Browning sugar over a flame, with or without the addition of some water to aid the process. The temperature range in which sugar caramelizes is approximately 320º F to 360º F (160º C to 182º C).

Remove impurities from butter or stock by heating the liquid, then straining or skimming it.

To slowly cook pieces of meat in their own gently rendered fat.

To beat vegetable shortening, butter, or margarine, with or without sugar, until light and fluffy. This process traps in air bubbles, later used to create height in cookies and cakes.

To preserve or add flavor with an ingredient, usually salt and/or sugar.

To work vegetable shortening, margarine, or butter into dry ingredients.

A measure approximately equal to 1/16 teaspoon.

To add liquid to a pan in which foods have been fried or roasted, in order to dissolve the caramelized juices stuck to the bottom of the pan.

To cut into cubes.

A cooking method that allows heat to meet food directly, such as grilling, broiling, or toasting.

To sprinkle lightly and evenly with sugar or flour. A dredger has holes pierced on the lid to sprinkle evenly.

A mixture of beaten eggs (yolks, whites, or whole eggs) with either milk or water. Used to coat cookies and other baked goods to give them a shine when baked.

A mixture of liquids, one being a fat or oil and the other being water based so that tiny globules of one are suspended in the other. This may involve the use of stabilizers, such as egg or mustard. Emulsions may be temporary or permanent.

To remove the bones from meat or fish for cooking.

To ignite a sauce or other liquid so that it flames.

To cut and mix lightly with a spoon to keep as much air in the mixture as possible.

Usually a stew in which the meat is cut up, lightly cooked in butter, and then simmered in liquid until done.

A decorative piece of an edible ingredient such as parsley, lemon wedges, croutons, or chocolate curls placed as a finishing touch to dishes or drinks.

A liquid that gives an item a shiny surface. Examples are fruit jams that have been heated or chocolate thinned with melted vegetable shortening. Also, to cover a food with such a liquid.

To shred or cut down a food into fine pieces by rubbing it against a rough surface.

To coat a pan or skillet with a thin layer of oil.

To cool down cooked food by placing in ice; also, to spread frosting on a cake.

Extracting flavors by soaking them in liquid heated in a covered pan. The term also refers to the liquid resulting from this process.

To cause a food to set or solidify, usually by adding gelatin. Also SET.

To cut into long, thin strips.

To work dough with the heels of your hands in a pressing and folding motion until it becomes smooth and elastic.

An ingredient or process that produces air bubbles and causes the rising of baked goods such as cookies and cakes.

To combine food with aromatic ingredients to add flavor.

A paste (of ground almonds, sugar, and egg whites) used to fill and decorate pastries.

Adding enough liquid to dry ingredients to dampen but not soak them.

To slowly heat wine or cider with spices and sugar.

To cook a food in a skillet without added fat, removing any fat as it accumulates.

To cook in a hot pan with small amount of hot oil, butter, or other fat, turning the food over once or twice.

To partly cook in a boiling liquid.

The mounds made in a mixture. For example, egg white that has been whipped to stiffness. Peaks are “stiff” if they stay upright, or “soft” if they curl over.

To force a semisoft food through a bag (either a pastry bag or a plastic bag with one corner cut off) to decorate food.

To simmer in liquid.

A cooking method that uses steam trapped under a locked lid to produce high temperatures and achieve fast cooking time.

To mash or sieve food into a thick liquid.

To cook liquids down so that some of the water evaporates.

To pour cold water over freshly cooked vegetables to prevent further cooking and to retain color.

To melt down fat to make drippings.

To cook uncovered in the oven.

A cooked paste usually made from flour and butter used to thicken sauces.

To cook food quickly in a small amount of oil in a skillet or sauté pan over direct heat.

Cooking a liquid such as milk to just below the point of boiling; also to loosen the skin of fruits or vegetables by dipping them in boiling water.

To tenderize meat by making a number of shallow (often diagonal) cuts across its surface. This technique is also useful in marinating, as it allows for better absorption of the marinade.

Sealing in a meat’s juices by cooking it quickly under very high heat.

To remove large lumps from a dry ingredient such as flour or confectioners’ sugar by passing it through a fine mesh. This process also incorporates air into the ingredients, making them lighter.

Cooking food in a liquid at a low enough temperature that small bubble begin to break the surface.

To remove the top fat layer from stocks, soups, sauces, or other liquids such as cream from milk.

To cook over boiling water in a covered pan, this method keeps foods’ shape, texture, and nutritional value intact better than methods such as boiling.

To use string, skewers, or pins to hold together a food to maintain its shape while it cooks (usually applied to meat or poultry).

Baked goods that contain no agents to give them volume, such as baking powder, baking soda, or yeast.

To incorporate air into ingredients such as cream or egg whites by beating until light and fluffy; also refers to the utensil used for this action.

To mix or fluff by beating; also refers to the utensil used for this action.

The thin, brightly colored outer part of the rind of citrus fruits. It contains volatile oils, used as a flavoring.