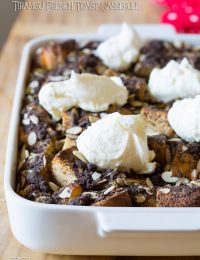 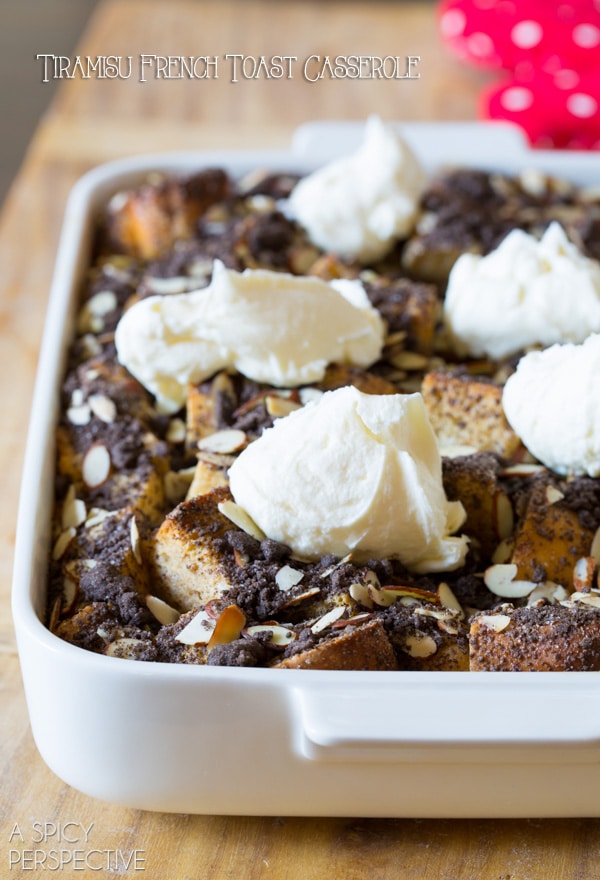 Holiday breakfasts are always something I look forward to, because they center around family and memory making.

Every year I create a casserole or breakfast bake that can be made-ahead and popped in the oven first thing in the morning. That way, I don’t miss out on the celebration.

But it can’t be any-old ordinary breakfast casserole. For Thanksgiving, Christmas, or New Years morning it has to be something truly special! 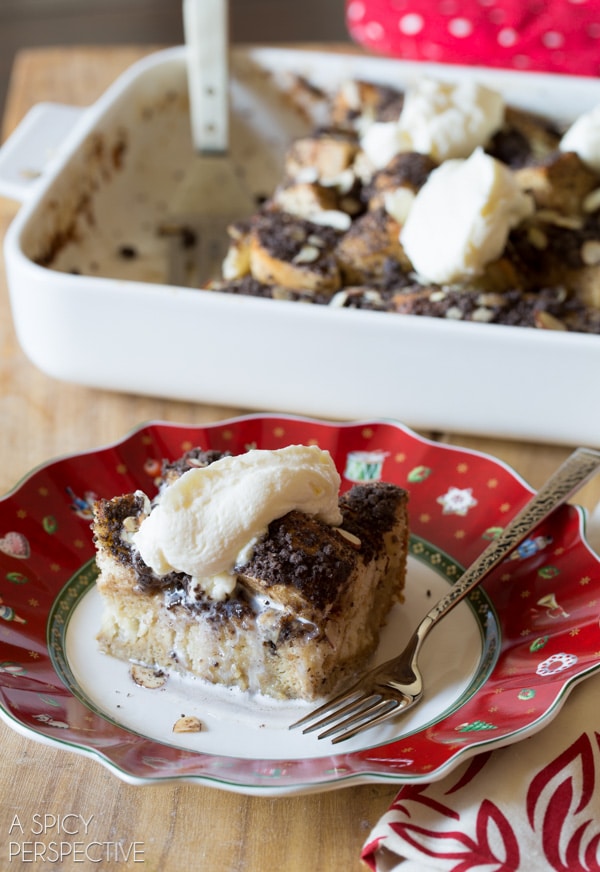 In the past I’ve had winners and, well… Losers.

One year I made a gruyer and crab scramble casserole that I thought was going to be a huge hit. Lt. Dan decided after the first bite that eggs and crab did not belong together.

After that, I learned it’s best not to experiment with new flavor combinations on Christmas morning. 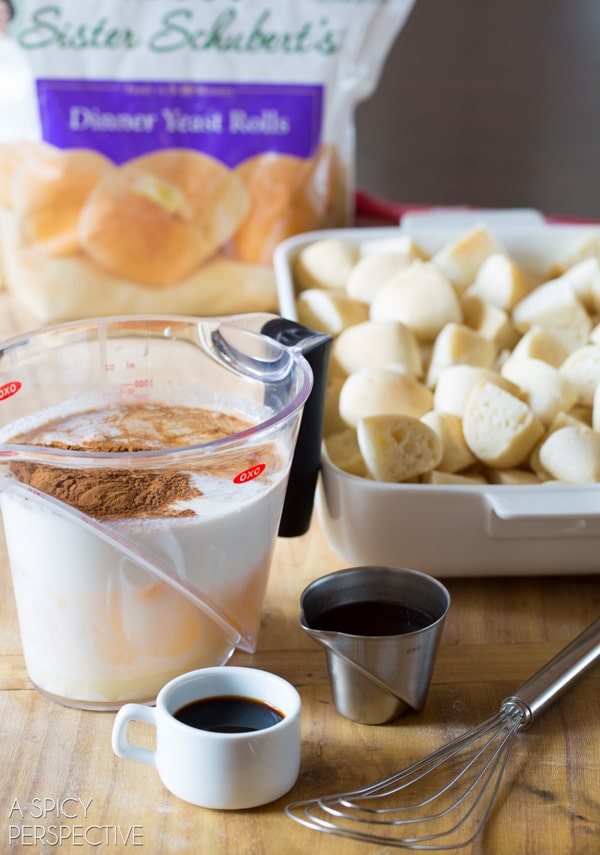 However, other years I’ve had massive success with breakfast bakes, like my classic french toast casserole.

What is French Toast Casserole?

French Toast Casserole encompasses all the flavors of classic french toast in one easy throw-in-the-oven dish that is made the night before.

Yeah, the NIGHT before. 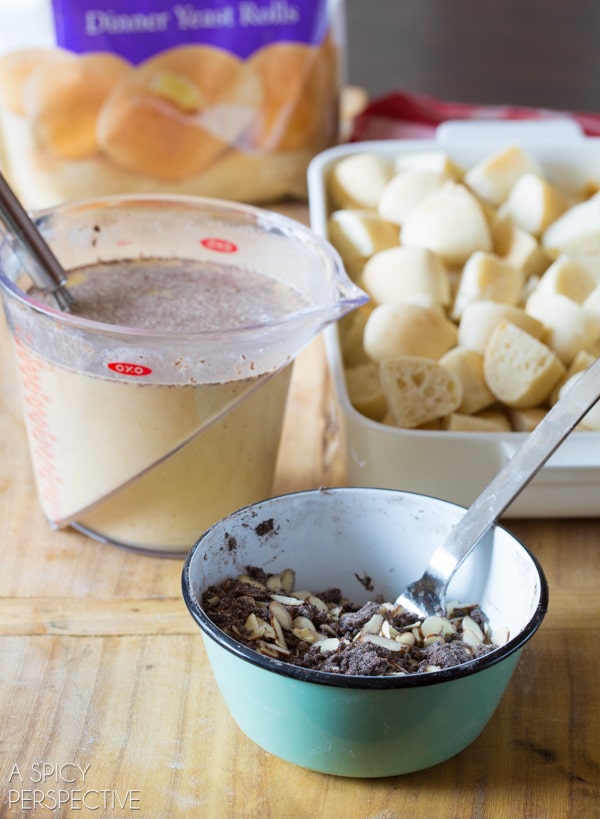 How Do You Make French Toast Casserole Overnight?

See the recipe card below for the rest of the instructions! 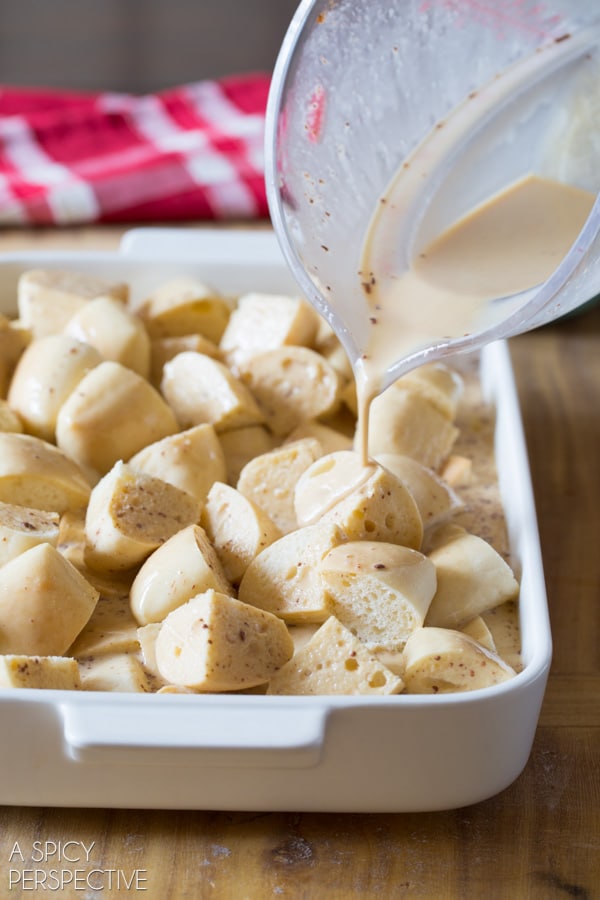 Tiramisu French Toast Casserole and Why It’s the Best

The pop of espresso and booze, plus the layer of chocolate almond crumble, gives this french toast casserole that extra something that makes it just right to serve to guests… You might even impress your mother in law.

P.S. I served this to the entire family; there’s only a very small amount of espresso and booze in each serving. 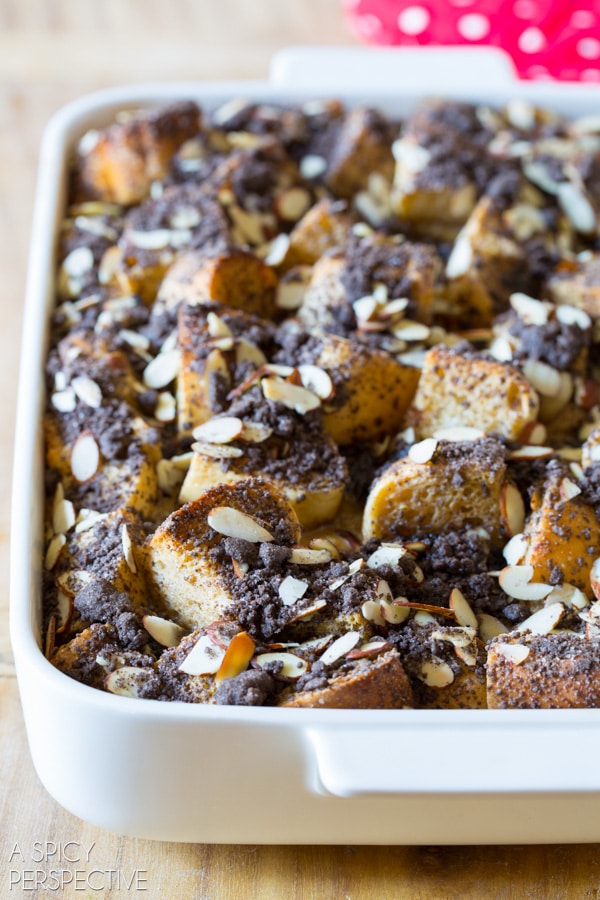 Blessed is the season which engages the whole world in a conspiracy of love! ~ Hamilton Wright Mabie

A heart full of love and a tummy full of Tiramisu French Toast Casserole… Sounds like the making of a perfect holiday morning! 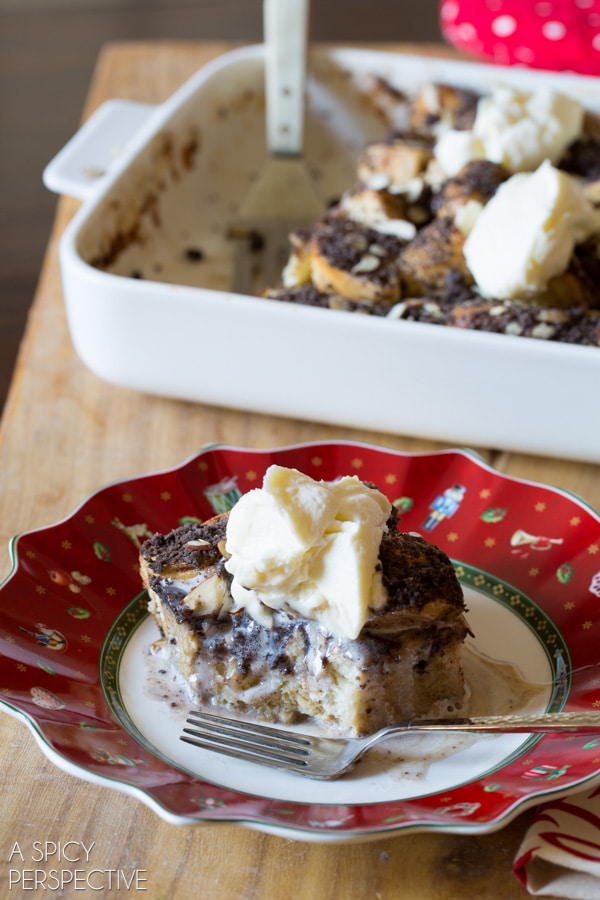 See the recipe card below for how to make Tiramisu Baked French Toast Casserole. Enjoy!

Sister Schubert’s is offering a fun holiday program this year to help you get into the spirit of magic, kindness, and brotherly love.

Use your favorite holiday quote in this cross stitch inspired NeedleQuotes Maker to share festive graphics with your friends.

Spread joy and cheer this season! 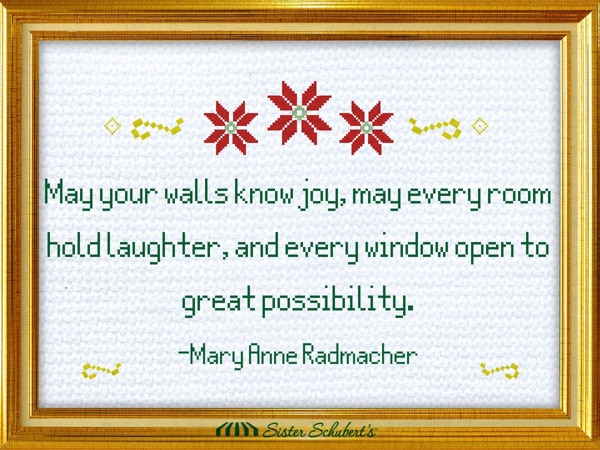 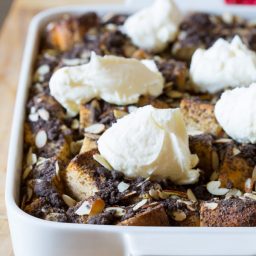 For the French Toast Casserole:

For the Chocolate Almond Topping:

For the Mascarpone Whipped Cream:

If making ahead, prep all the components separately. Cover and refridgerate. When ready to bake, pour the egg mixture over the bread, sprinkle on the crumble and bake.

Disclosure: This post is sponsored by Sister Schubert’s Rolls. All opinions are my own. 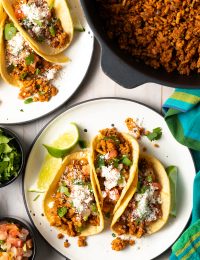 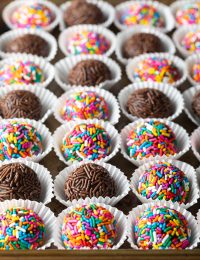 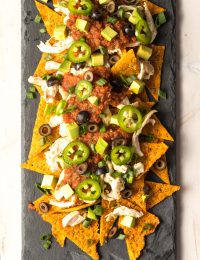 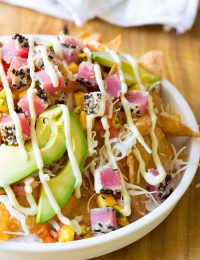