An incredible Old Fashioned Blueberry Pudding with Rosewater Sauce Recipe from the Little House on the Prairie books. 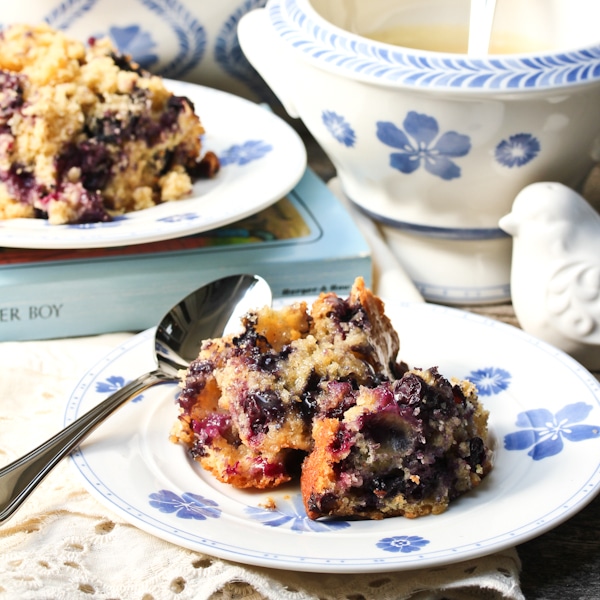 This summer I was determined to read my children the entire Little House Series from Laura Ingalls Wilder. I remember being captivated by the books as a child and wanted to see my little ones’ eyes light up with Laura’s antics. 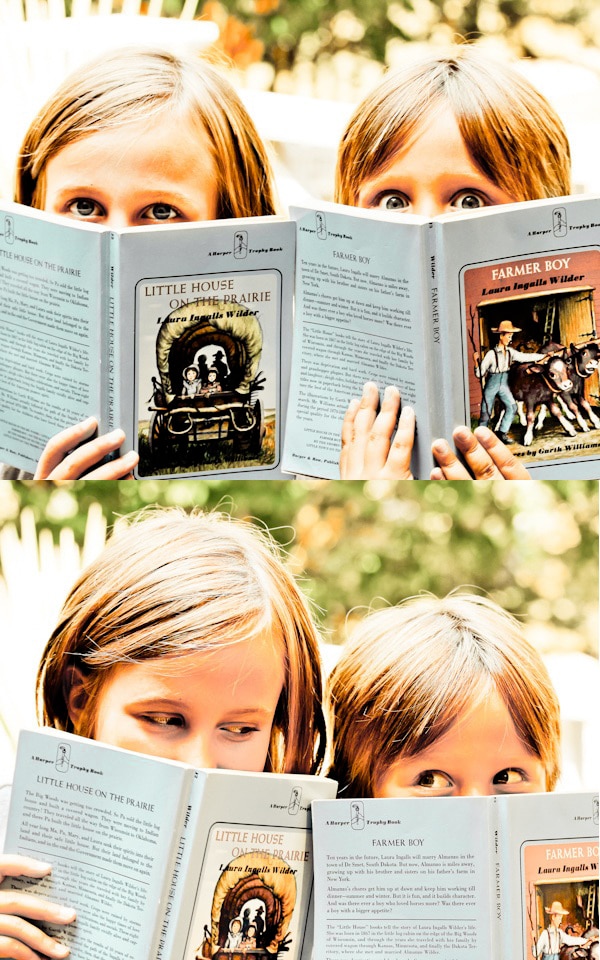 The Little House on the Prairie books are a remarkable, and deliciously descriptive, historical tail of the Ingalls clan, a pioneer family in the 1800’s that moved from Wisconsin, to Oklahoma Indian Territory, back north to Minnesota and finally to South Dakota, all by covered wagon. Although the books are categorized as historical fiction due to Laura’s embellishments, most of the astonishing accounts are true.

In modern day, it’s hard to fully grasp the lifestyle and mindset of an early American pioneer family. To read these books, one would think Laura was completely obsessed with food. Not in the way WE obsess over carbs, gourmet chocolates, or local produce, but engrossed with food for survival. From hunting to foraging, fishing, berrying, farming, cooking, freezing, salt-preserving, drying, and canning… nourishment CONSUMED them. That’s not to say they didn’t enjoy their meals. However, sustenance was extremely valuable. Something held with such importance was worth taking the time to document. 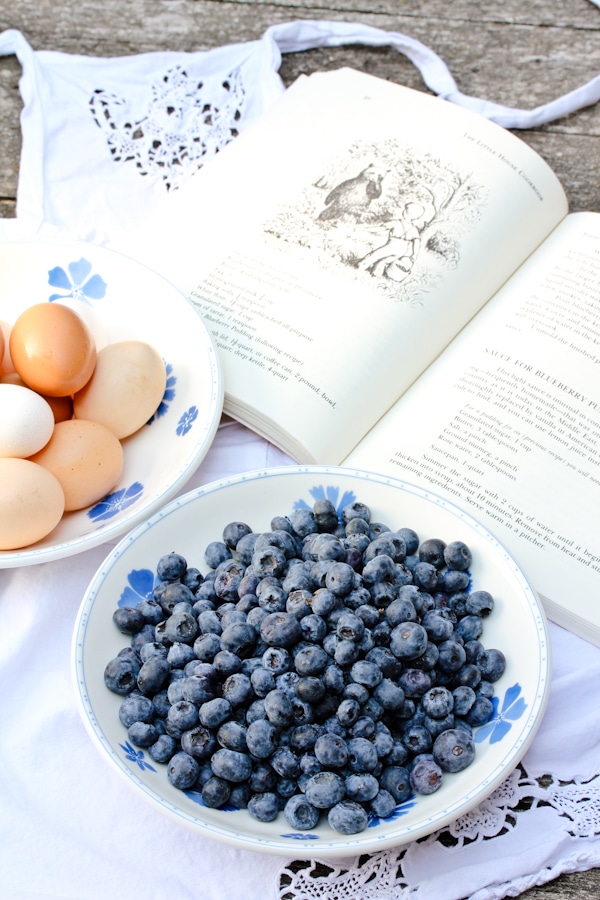 Not only does this mouthwatering narrative go into great detail describing the preparation of daily meals, Laura weaves a feast for the senses with smells, crackling sounds, and hearty dishes your dying to try.

“Ma made vanity cakes. She made them with beaten eggs and white flour. She dropped them into a kettle of sizzling fat. Each one came up bobbling, and floated till it turned itself over, lifting up its honey-brown puffy bottom. Then it swelled underneath till it was round and Ma lifted it out with a fork… The cakes were not sweet, but they were rich and crisp, and hollow on the inside. Each one was like a great bubble. The crisp bits of it melted on the tongue… They said they had never tasted anything so good and they asked Ma what they were. “Vanity Cakes,” said Ma. “Because they are all puffed up, like vanity, with nothing solid inside.” ~On The Banks Of Plum Creek 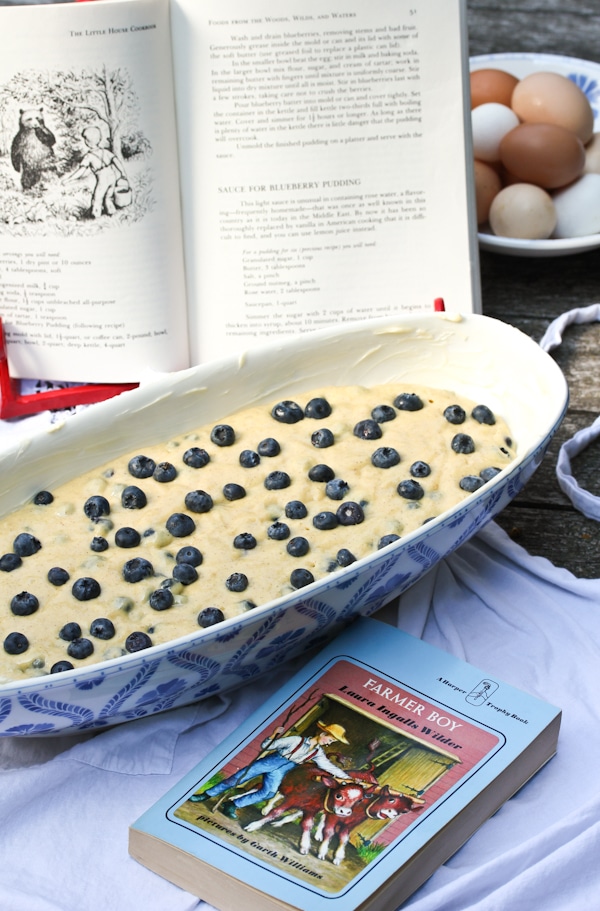 “Father’s spoon cut deep into the chicken-pie; he scooped out big pieces of thick crust and turned up their fluffy yellow under-sides on the plate. He poured gravy over them; he dipped up big pieces of tender chicken, dark meat and white meat sliding from the bones. He added a mound of baked beans and topped it with a quivering slice of pork fat. At the edge of the plate he piled dark-red beet pickles. And he handed the plate to Almanzo. Silently Almanzo ate it all.” ~ Farmer Boy

See what a mean? I drooled through the entire series. The Little House Books are a MUST-READ for food lovers of all ages. (Put it on your electronic reader, I won’t tell.) 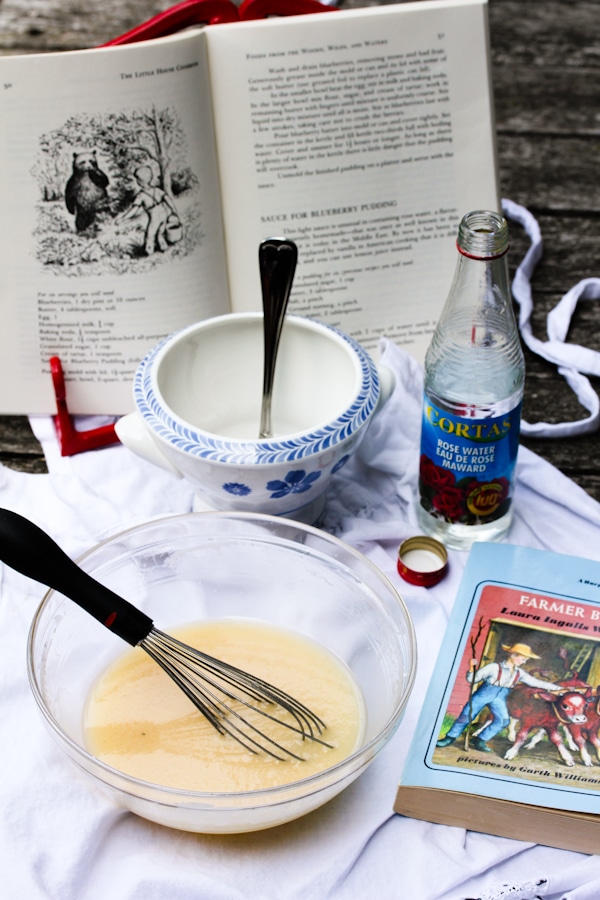 Needless to say, I HAD to buy The Little House Cookbook. What fun it’s been flipping through the pages of frontier recipes; dishes cooked over open flame and churned to perfection.

This Old Fashioned Blueberry Pudding with Rosewater Sauce is inspired by the blueberry pudding Almanzo’s mother made after a long day of berrying in the book Farmer Boy. I didn’t use the exact recipe in the cookbook, because it was developed before most homes had reliable ovens. Therefore, it was cooked in a tin can submerged in water on the stovetop. 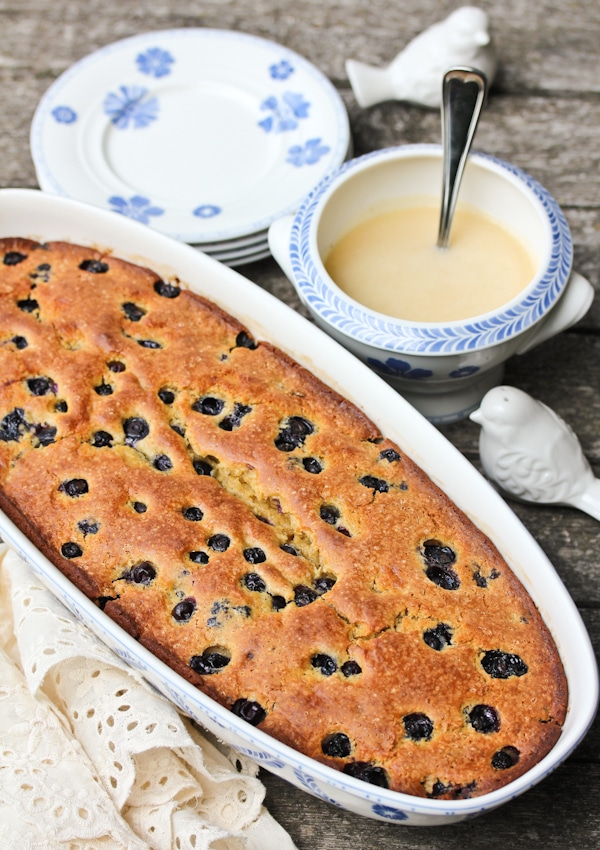 This oven-friendly “pudding” is not a custard as we think of pudding; it’s more of a hefty cake that you scoop up with a spoon. It’s dense, hearty and not overly sweet, with a cornbread-like consistency. A pudding of this variety would have been served with milk, or a sweet sauce, poured over the top to moisten it.

Although rosewater is now generally considered a middle-eastern ingredient, it was widely used for flavoring in early American days, because people could make it easily from wild roses. 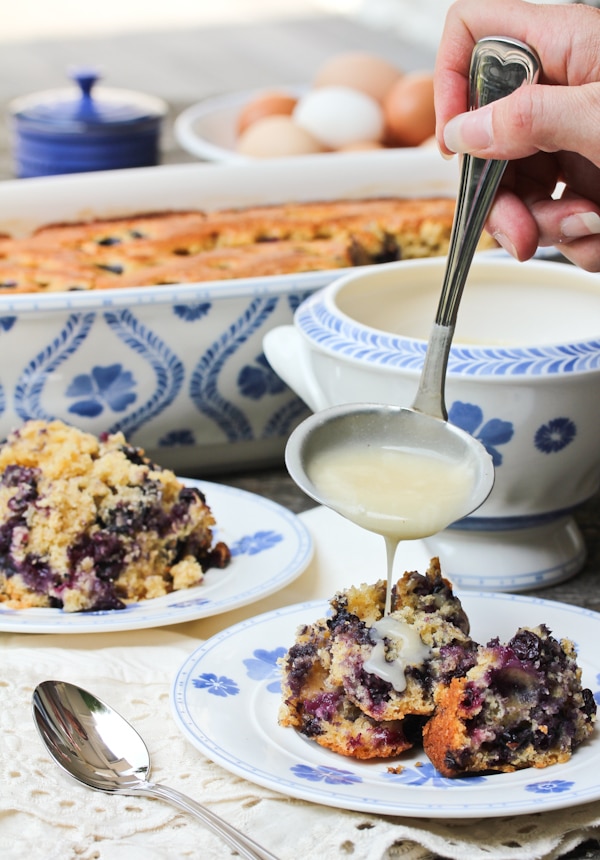 Admittedly, I’ve tried rosewater in several dishes and beverages and haven’t been impressed, but the combination of rosewater, nutmeg and butter in this silky sauce is exquisite. Poured over the rustic and tart blueberry pudding… sigh. I honestly could not get enough of it! 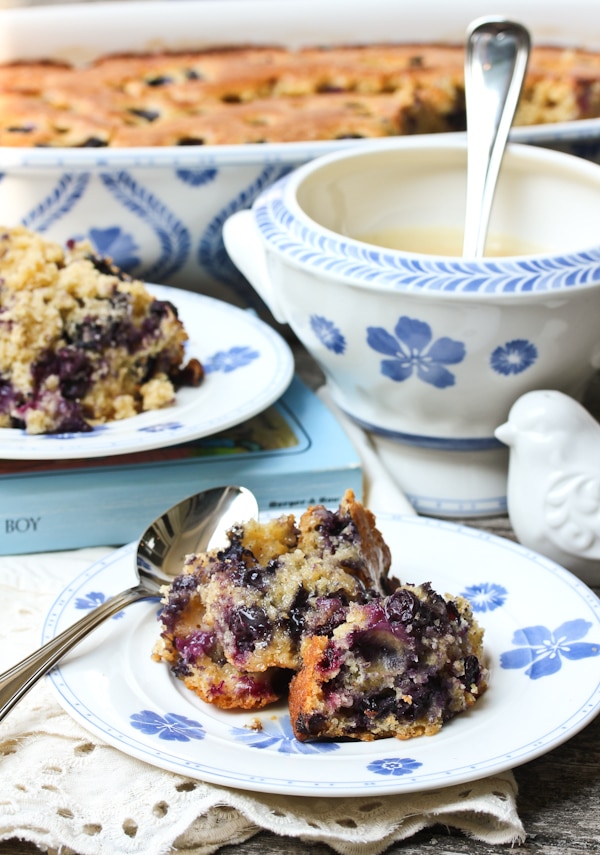 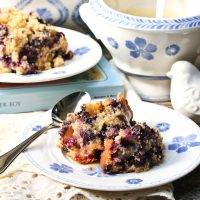 For the Old Fashioned Blueberry Pudding:

For the Rosewater Sauce: 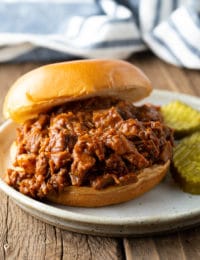 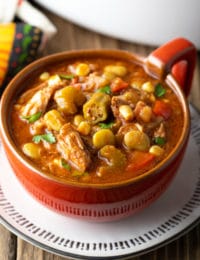 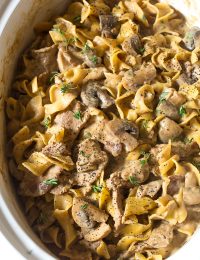 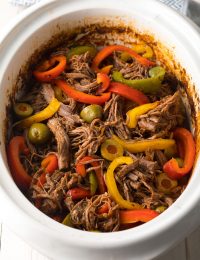