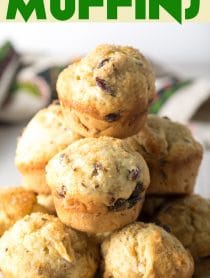 I’ve been making Irish Soda Bread for at least 20 years.

Although I like to change up my recipe here and there, making super savory varieties, I always seem to come back to the classic slightly sweetened version of soda bread with plump raisins and caraway seeds.

The dense yet tender texture, hint of sweetness, and juicy raisins hiding in each bite are the perfect complement to rich hearty Irish Stews and Corned Beef and Cabbage.

Baking them this way holds in the moisture so they don’t dry out as quickly as a sliced loaf.

Why Do They Call It Irish Soda Bread?

Never. As in never ever. The baking soda is what provides the lift.

This is sort of a trick question. Many people consider Irish Soda Bread unleavened bread because it does not contain yeast. However, baking soda is technically a leavening agent as well. So it is leavened bread… It’s just not as leavened and yeast bread.

Absolutely! This classic Irish bread recipe was a staple peasant food for generations, because it could be made with inexpensive ingredients, took less time to make than yeast breast, and could be easily adjusted with whatever flavoring you had on hand… Like caraway seeds, nuts, and raisins.

How Do You Eat Irish Soda Bread?

In Ireland it’s traditionally served as a breakfast item with hot tea. Yet I find it makes a great afternoon snack with salty Irish butter, or in sandwiches.

Oh yes! Especially when in muffin form. I like to keep a bag of these Irish Soda Bread Muffins in the freezer, so the kids can pop one in their lunch boxes. By lunch time they are thawed, soft, and ready to eat!

Soda bread tastes great fresh out of the oven, at room temperature, and reheated later.

How Long Does Soda Bread Keep?


Irish Soda Bread Muffins can be kept in an airtight container, at room temperature, for up to a week. Or you can freeze them for up to 6 months.

Yes! Use an equal portion of your favorite gluten-free baking flour mix instead of traditional flour. The texture will be slightly more crumbly, but the muffins are still light and delicious! 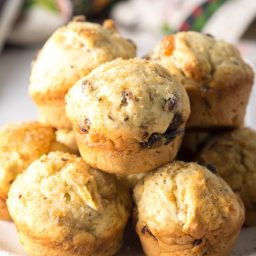 Once cool, store in an airtight container at room temperature for up to 5 days.