If you’re crazy for crust, today’s homemade pizza is going to be the highlight of your day. A meaty pizza, loaded with New York strip, spicy mustard, and sautéed mushrooms and shallots. I suggest doubling the recipe from the get-go. 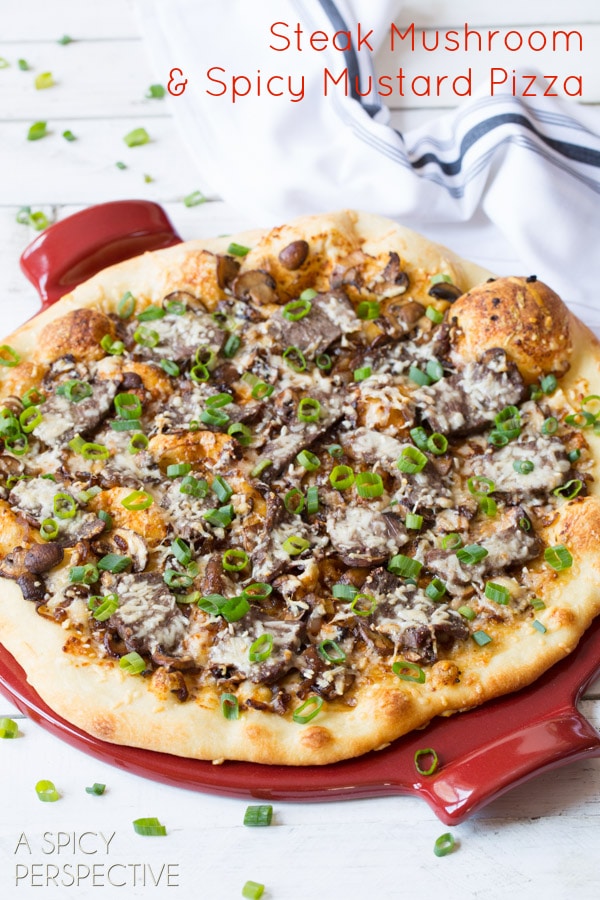 No one is ever happier in my house than when we make homemade pizza.

My family could be watching a favorite movie, playing a favorite game, or reading a favorite book, but if I say I’m thinking about making homemade pizza, all former activities are dropped and family members come running. 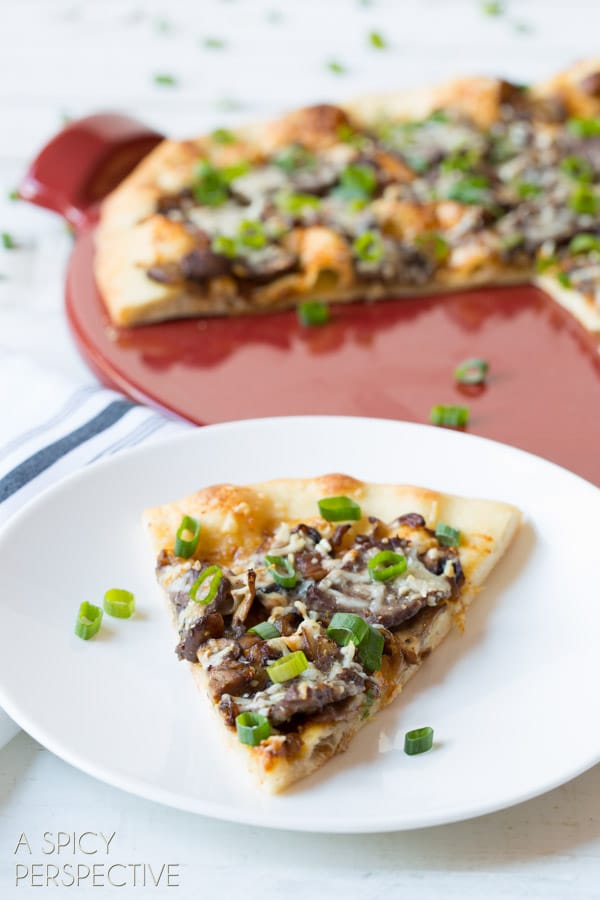 I’ve made this non-traditional pizza recipe again and again for parties and events.

Everyone loves the combination of thinly sliced new york strip steak and sautéed mushrooms. Yet the real kicker on this homemade pizza is the spicy mustard! 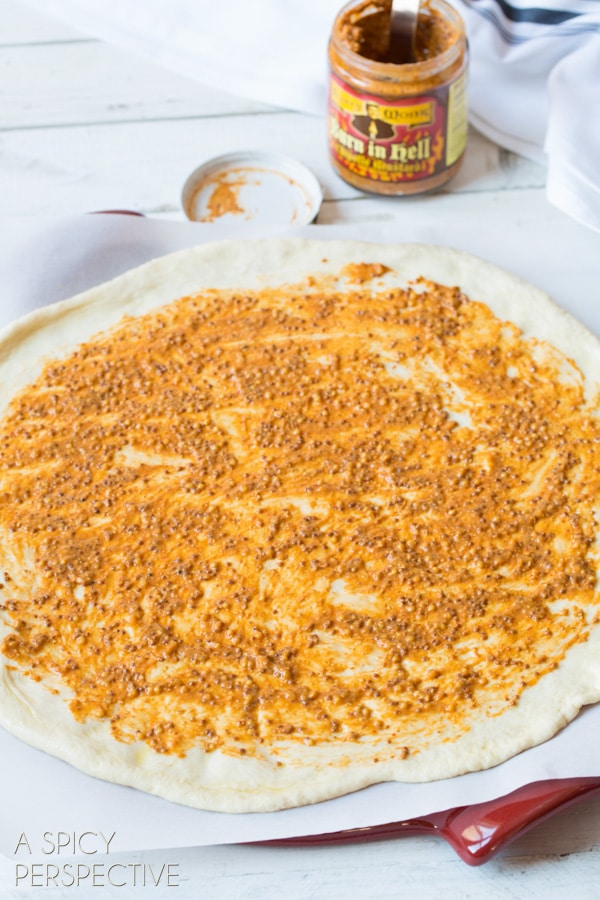 That’s right. I skipped the pizza sauce all together and added a thin layer of spicy whole grain mustard.

We have a locally-made favorite mustard called Lusty Monk, that will singe your nose hairs right off, but you can use any whole grain mustard you choose. 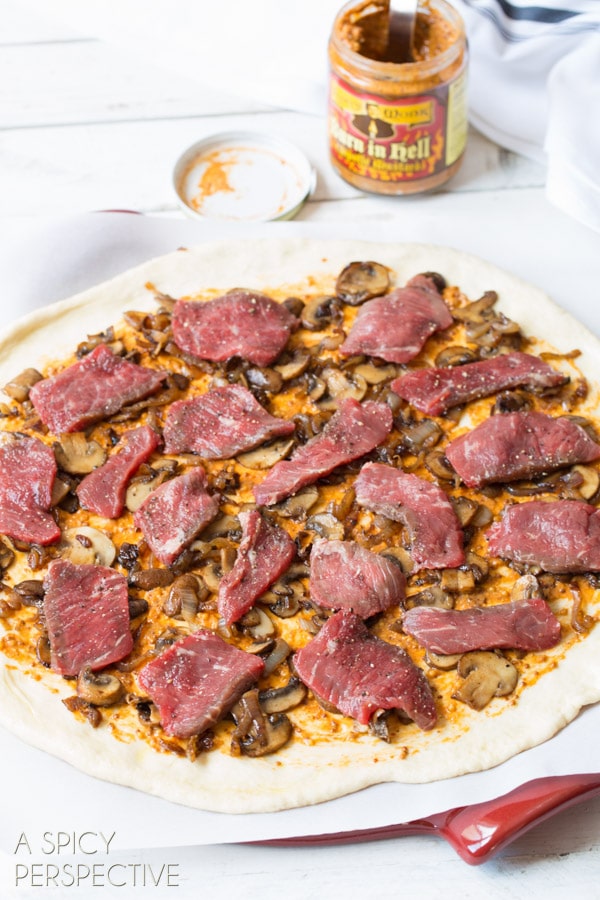 After the mustard is spread on the pizza crust, top it with soft caramelized crimini mushrooms and shallots, followed by a generous portion of thinly sliced new york strip. 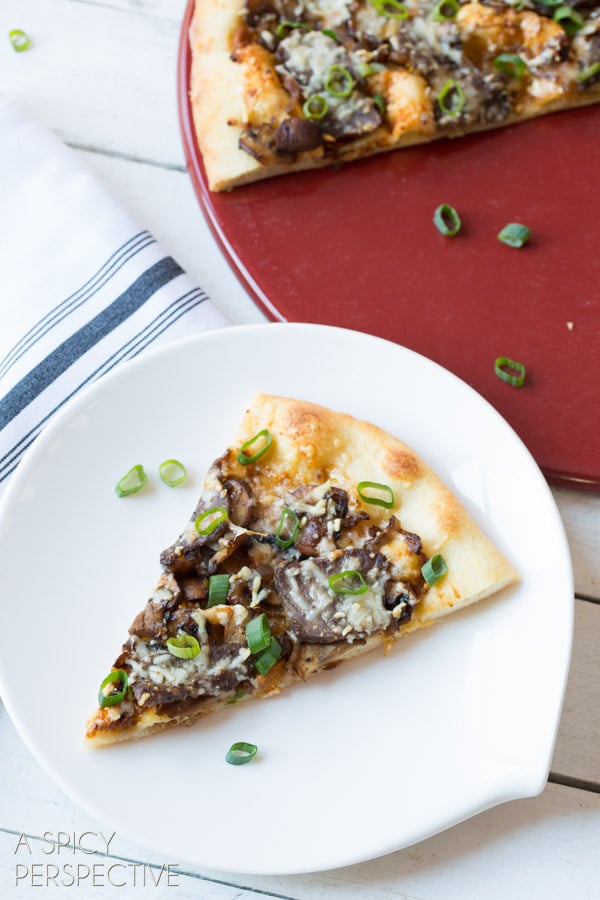 Then lightly sprinkle with parmesan cheese.

I like to think of the cheese as more of a garnish on this pizza. It’s really all about the mustard, new york strip and mushrooms. The amalgamation of the three, along with a bubbly crust, makes for a fabulous pizza no one can resist! 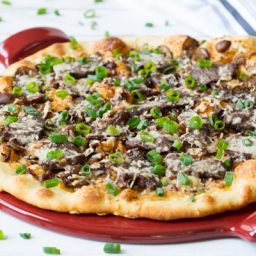 32 comments on “Steak and Mushroom Pizza with Spicy Mustard”