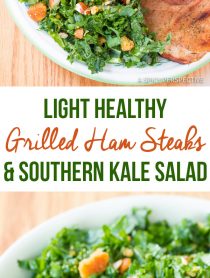 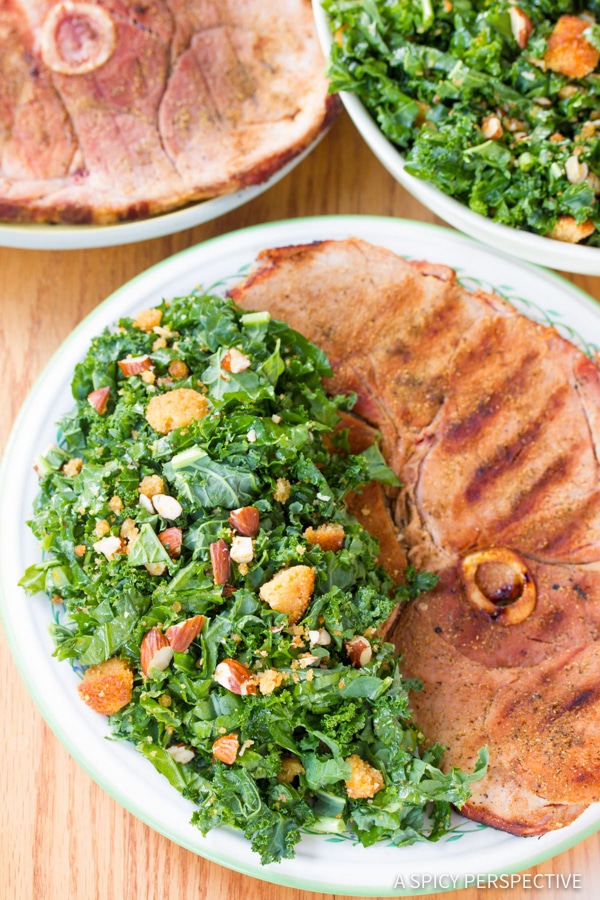 Now, I try to be a good southern girl… often with little success. Growing up in a straight-forward Midwestern family, the concepts of being genteel and prim took second fiddle to hard work  and direct honesty.

I’m ok with that. Yet now that I live in the South, I strive to achieve southern greatness in the kitchen, even if I’ll never achieve it in manner. 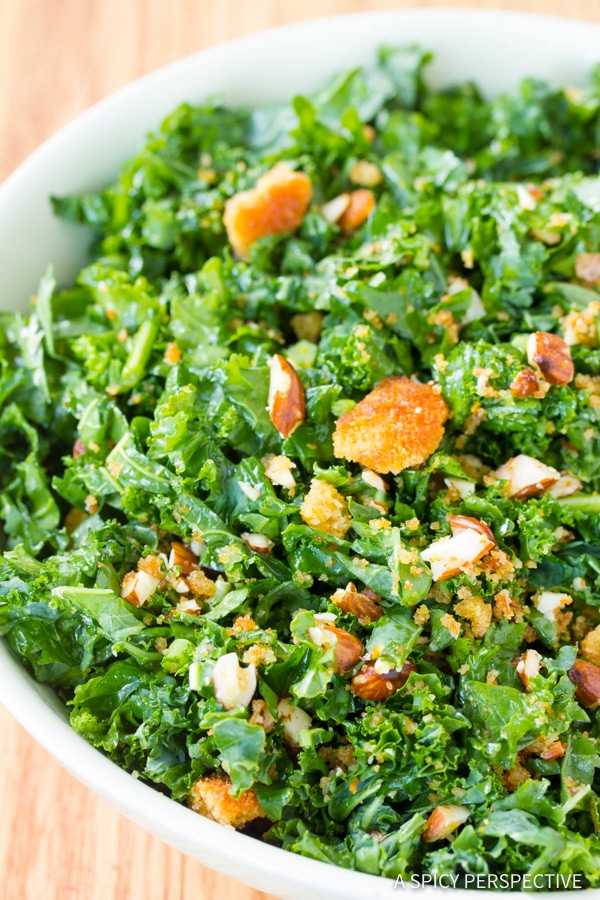 So when working with raw greens, I went with subtle southern flair. What’s more southern than ham, cornbread, and greens? 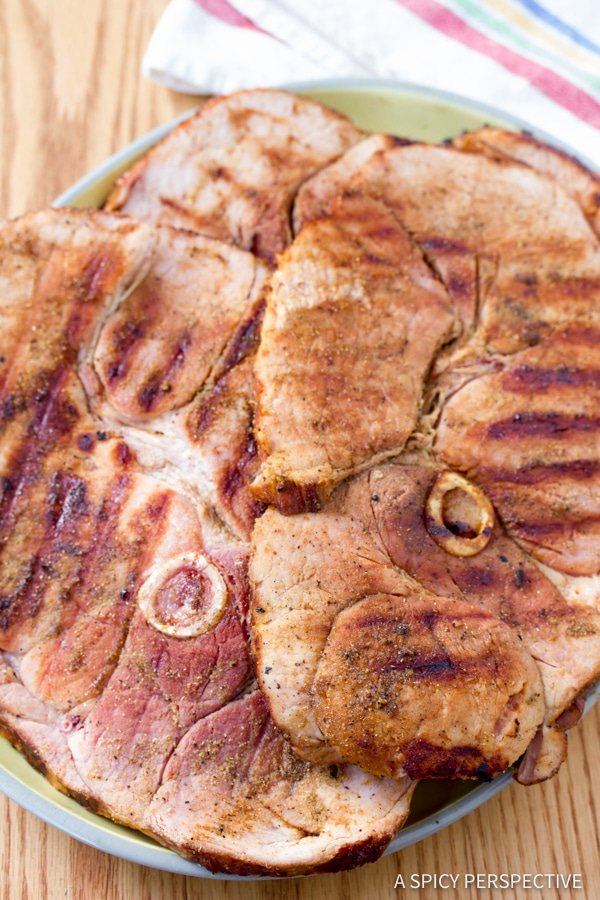 I rubbed ham steaks with brown sugar, cumin and coriander to give them a smoky kick. Then grilled them for a couple minutes per side.

Next I toasted crumbled cornbread and roughly chopped almonds to provide contrast for the kale. 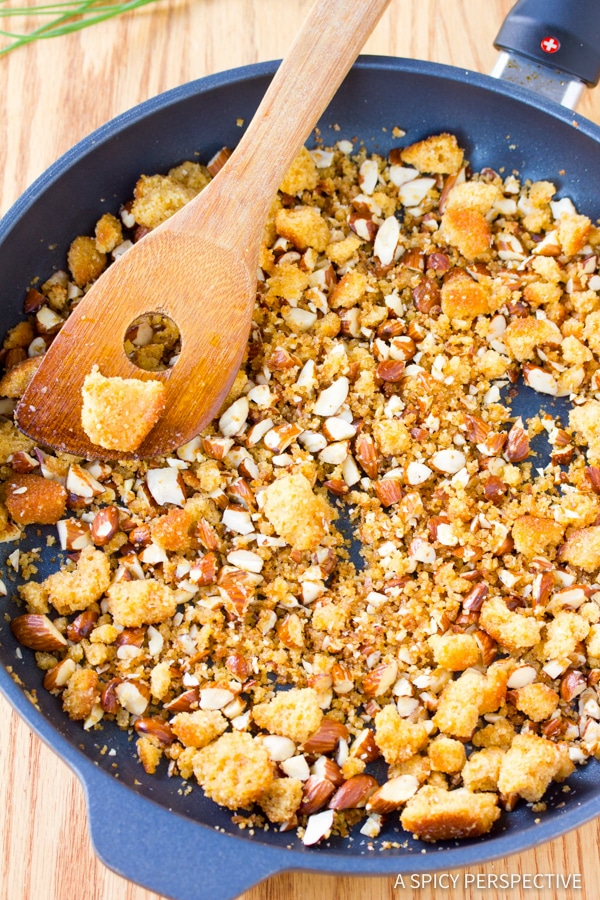 Finally I dressed the salad with a bright citrus vinaigrette made with orange zest, orange juice, honey, chive and almond oil. 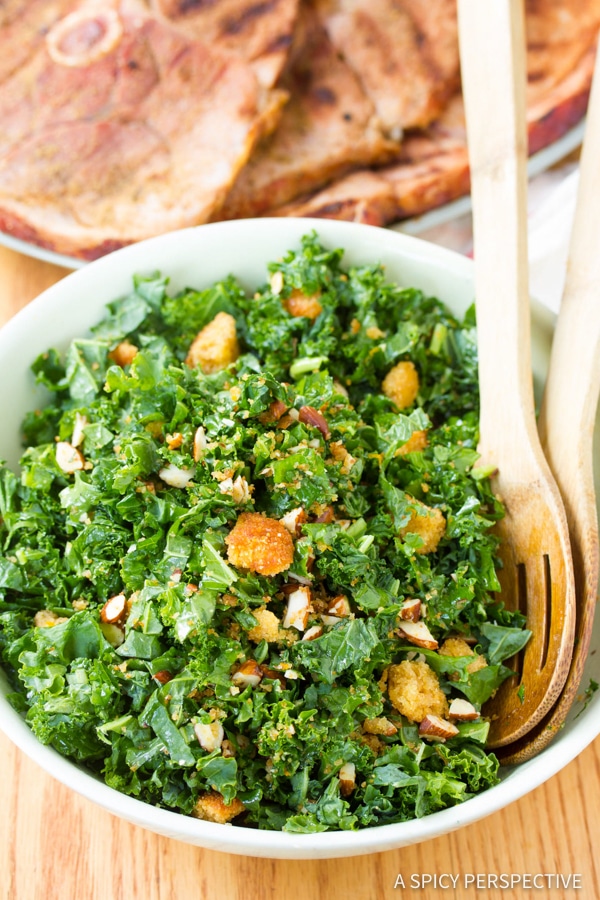 Yum with a southern twist, Ya’ll. 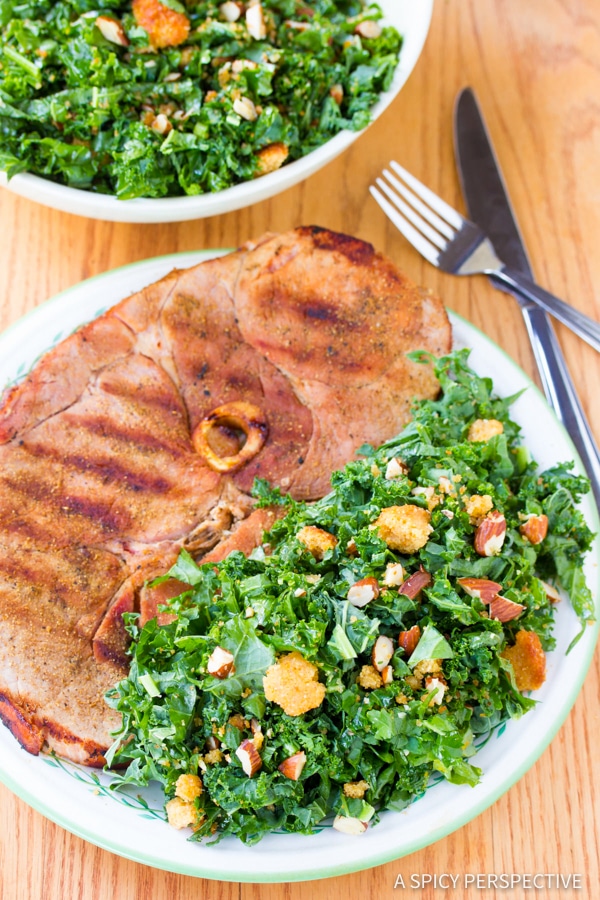 Plus, there is much less guilt involved in eating Grilled Ham Steaks with Southern Kale Salad than most southern dinners. 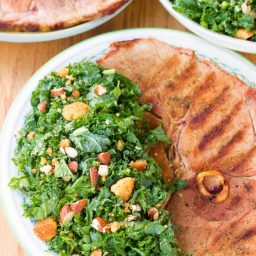 For the Southern Kale Salad: 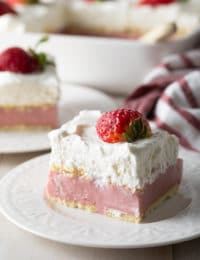 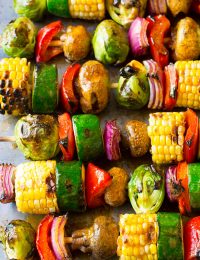 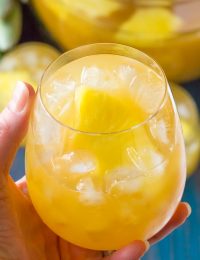 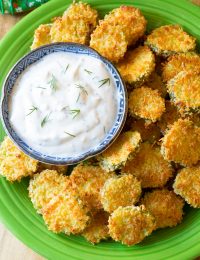