This simple Spanish Garlic Shrimp recipe is certainly more than meets the eye. Packed with garlic, arbol chile, and sherry flavor, it is the perfect protein dish to adorn a traditional tapas feast.

These big juicy shrimp kissed with spicy oil can be served as an appetizer, piled over potato puree, or even tossed with pasta.

Katie Button’s culinary journey started in a curious place. She finished her undergrad at Cornell, then moved to Paris to get her Master’s in Biomedical Engineering. Although she excelled in math and science, Katie’s educational pursuit left a void in her life. Engineering offered her praise and potential prestige, but no real fulfillment.

While studying in Paris, Katie lived in a little apartment around the corner from Rue Mouffetard, famous for its glorious food markets. Fascinated by the Parisian way of savoring ingredients and giving proper respect to the foods they prepared, she spent endless hours practicing cooking techniques and experimenting in her tiny kitchen.

After returning to the states, Katie was accepted into a Ph.D. program for Neuroscience. Yet, two weeks before she was due to arrive,  Katie quit something for the first time in her life. She had a deep resolve that this was not the path meant for her. To the astonishment of friends and family, she took a wait staff position at Café Atlántico in Washington DC.

From a certain career in Neuroscience to a first-time waitress? Had Katie lost her compass? No.

Katie looked at this as another opportunity to learn. Café Atlántico is no run-of-the-mill restaurant. It is one of several celebrated restaurants from renowned Chef José Andrés, one of the most respected chefs in the US. It should be noted that José Andrés trained in Spain under famed Chef Ferran Adrià of El Bulli, a Michelin 3 star winner, and considered the world’s BEST restaurant for 5  years. (Ferran Adrià is also thought of as the father of molecular gastronomy and culinary deconstructionism.)

Although Katie wasn’t allowed to work in the kitchen at Café Atlántico, for lack of formal training or experience; she would take her days off to come in to work… simply to watch and learn. Interest became fortitude; fortitude became passion.

During this time, Ferran Adrià sent several of his employees to Washington DC to help his friend José Andrés with training. In this party came Felix Meana, El Bulli’s “Chef de Rang” or head of the dining room. Katie and Felix developed a strong bond and when it was time for Felix to return to Spain, it was decided that Katie would go with Felix and work at El Bulli. She still was not allowed in the kitchen, due to lack of experience, but she was the first American to ever serve at El Bulli and was able to study Chef Ferran Adrià’s flawless technique and ingenuity.

When Katie left Spain, she had the approval and recommendation of Ferran Adrià and was finally able to work in a professional kitchen, first at José Andrés’ The Bazaar in Los Angeles and then at Jean Georges in New York. To Katie’s delight, now that she had experience, she was offered a position back at El Bulli. There she finalized her “education” as a line cook in one of the most sought-after restaurants on the planet.

So what is she doing now, you ask? Katie Button and Felix Meana are in ASHEVILLE! When they returned to the states, they searched for the perfect place to open their first restaurant together. After a long road trip down the east coast, they decided Asheville, North Carolina had just the right feel and food culture in which to birth their dream.

With the help of Katie’s family, Curate Tapas Bar opened its doors March 4th, 2011 and is feverishly making its mark on Asheville. Katie and Felix focus on high-quality ingredients, simple authentic Spanish preparations, and painstaking attention to detail. This casual eatery, serving rustic dishes, exudes elegance in every way.

If you aren’t a local but plan to be in Asheville this spring, Curate Tapas Bar is definitely worth checking out! 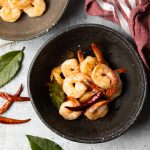 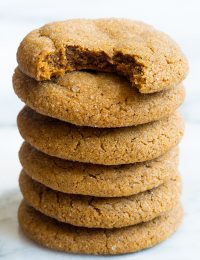 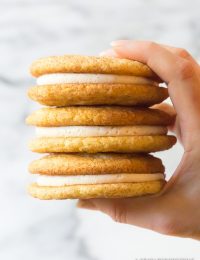 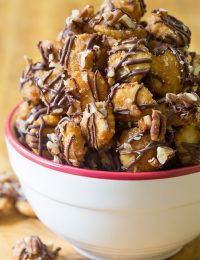 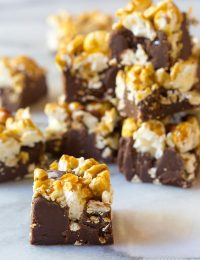