Our resident techie Francie Black is here today to answer this question for you: Is Facebook’s new auto-play video feature costing you money? Make sure to watch her video! 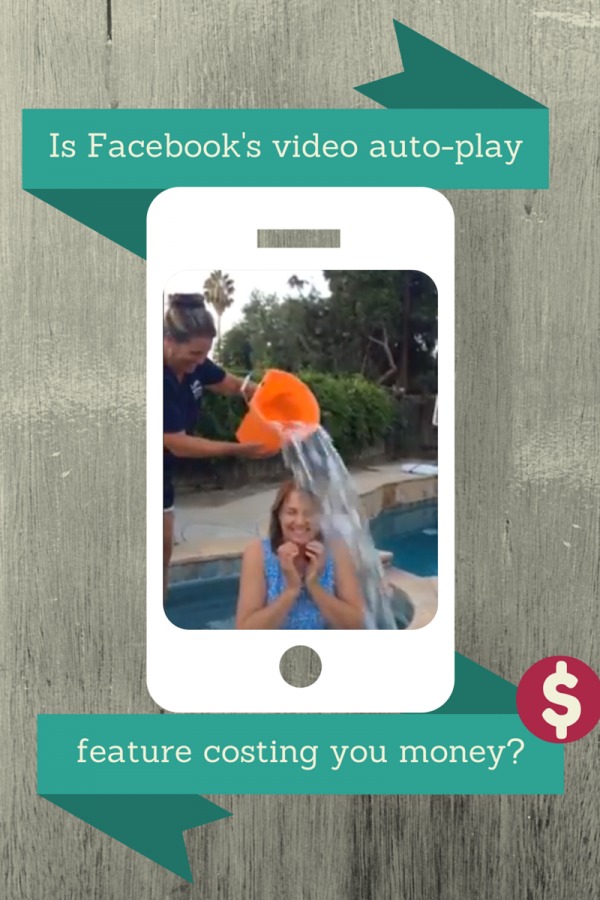 If you are an avid Facebook user, you may want to watch out for the newly implemented auto-play video feature. It is costing people lots of money on their data plans and they don’t even realize it until they get their cell phone bill.

This newly implemented feature automatically plays Facebook videos when you are on your smartphone without determining what kind of network you are on – cellular or Wi-Fi.

If a user is on a cellular network and the video automatically plays, it is using data from your cellular plan often-causing people to unknowingly run over their data usage limit. Video streaming uses significantly more data than text and typically there is no notification by the carrier that you are running over your data limit. So, if you watched a bunch of the ice bucket challenge videos on Facebook, it may have cost you! If you are on a Wi-Fi network, then there should not be any data usage on your cellular plan.

Don’t get caught in this expensive tech trap. 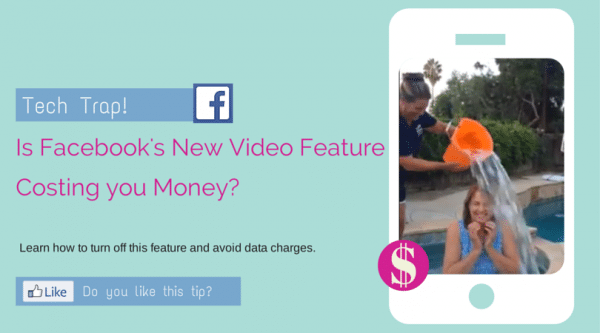 To keep Facebook videos from using your cellular data and costing you money, you will need to turn off the auto-play video feature. The following video walks you through the steps to change the settings to your desired preference. It is not hard to do, but the feature is buried in settings options. You will still be able to watch videos on cellular or Wi-Fi after modifying the options but it provides you the control of when and where you watch Facebook videos. The options include turning auto-play on for Wi-Fi networks only or turning off auto-play altogether and you can play videos “on demand”.

How to turn off Facebook’s auto-play video feature:

Facebook is trying to compete with YouTube in the video market and the number of videos being watched on Facebook is increasing significantly. Facebook wants users to upload and watch more videos on Facebook, rather than on YouTube and as a result they are adding more video features, such as this auto-play feature.  As more and more videos go onto Facebook you will want to watch your data usage and make sure you set your desired video play option as described above.

Don’t forget to share this post with your friends and help them save. You will “Look Smart. Be Smart!®”

To get more great tips on hot apps, and other tech tricks, visit Francie at ipadwisdom.com.

One comment on “Is Facebook’s New Auto-Play Video Feature Costing You Money?” 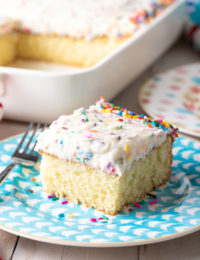 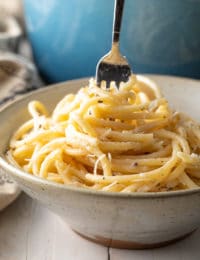 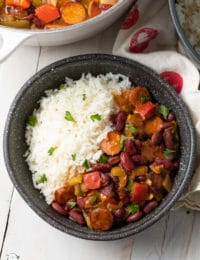 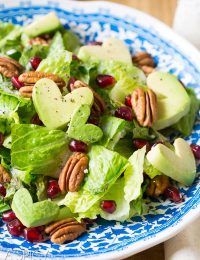