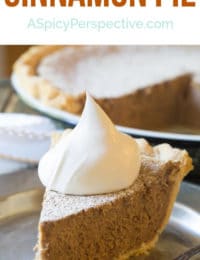 A Perfect Cinnamon Pie Recipe for the holidays with a creamy spiced filling and golden crust! Cream cheese gives this pie amazingly silky texture, while cinnamon and nutmeg create bold and warm flavors. 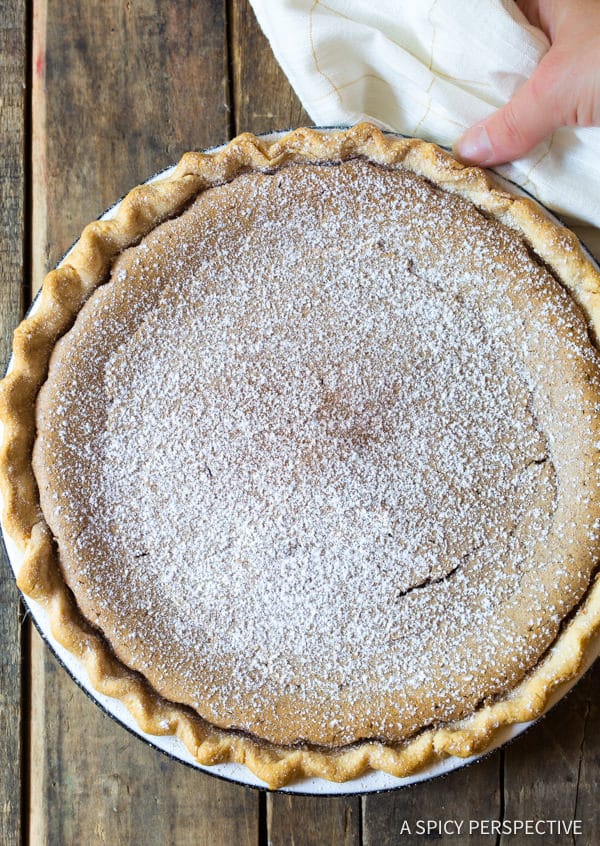 Holiday pies are something I look forward to each and every year. Pumpkin pie, pecan pie, apple pie, chocolate pie… I seriously cannot get enough of them!

However, this year I wanted to try a new (at least new to me) pie variety. Not that there’s anything wrong at all with the classics; but sometimes you just want to mix it up, right? Right.

I was recently listening to an old Paul Simon album and stopped in my tracks when I  heard the line She was baking a Cinnamon Pie in the song “Hurricane Eye.”

Cinnamon Pie? Never heard of it.

Don’t get me wrong… I have eaten more than my fair share of cinnamon rolls, cinnamon cookies, cinnamon cake, cinnamon cornbread, and cinnamon bread over the years. Yet had never ever tried Cinnamon Pie. 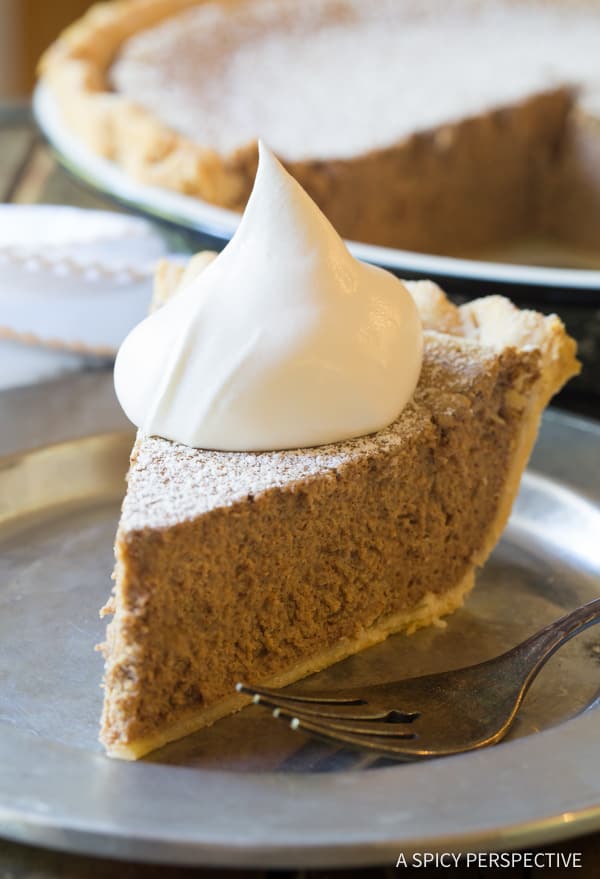 After hunting down multiple recipes I noticed quite a large discrepancy in what is considered a “Cinnamon Pie.” Some were gooey and gelatinous. Some were like a cinnamon cake baked inside a pie crust. Some were double crusted. Some were chunky. There just didn’t seem to be a set standard.

The recipes that stood out to me as the most appealing were the smooth creamy pie recipes.

So I made notes on the the best elements of each recipe, and set off to create my variation of Cinnamon Pie. What I came up with is going to absolutely blow you away, and quickly become your new favorite go-to holiday dessert! 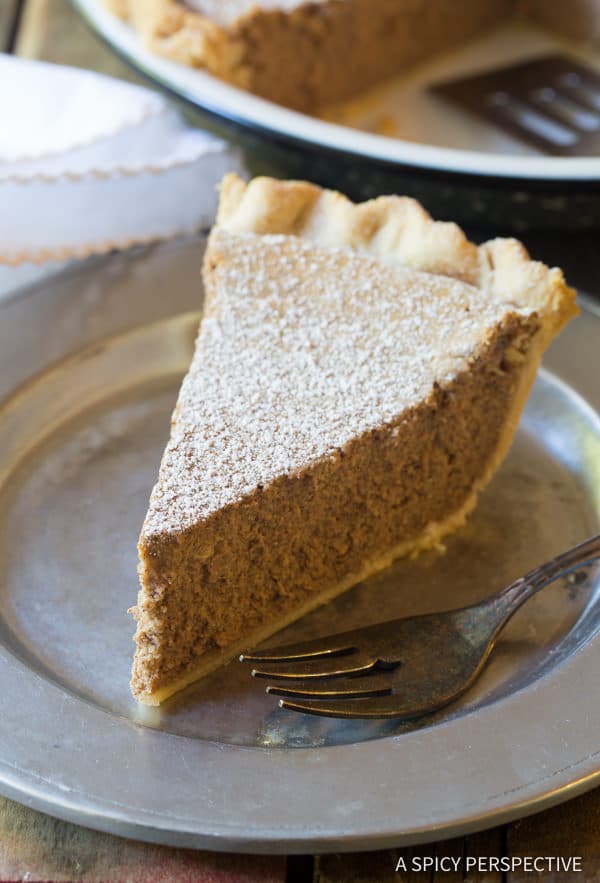 So here it is: Today’s recipe is my version of Cinnamon Pie.

The filling of this pie is light and silky, with a strong cinnamon essence and a touch of nutmeg to offset the flavor. Both creamy and spicy, I love that this dessert isn’t too rich, while still satisfying your holiday spice sweet tooth.

Easily make this pie a day or so before your festivities, and just take it out of the fridge one hour before you’re ready to enjoy! 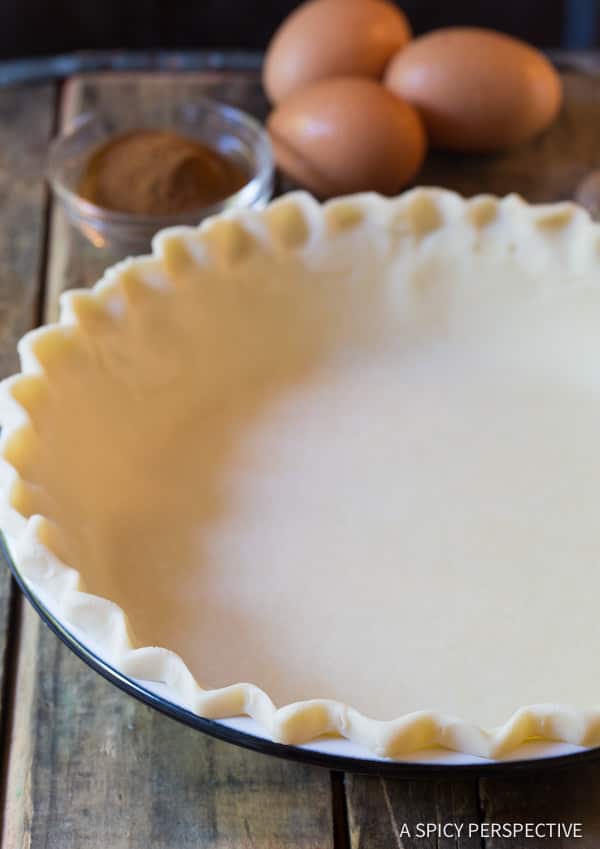 HOW TO MAKE THE BEST CINNAMON PIE

Not only is this fabulous pie super flavorful, it’s also incredibly easy to make. Once you’ve got your pie dough or pre-made crust ready to go, you just need one large bowl for mixing all of your ingredients in to create the creamy cinnamon filling.

Here’s how to do it:

1. Firstly, preheat the oven to 350 degrees F. If using homemade pie dough, roll and fit your pie crust into a standard 9 inch pie dish. Crimp the edges, and place the pie crust in the refrigerator.

2. Place the cream cheese and brown sugar in the bowl of an electric mixer. Beat on high until light and fluffy, about 3-5 minutes. Scrape the bowl with a spatula, then beat in the two eggs plus one egg yolk. Scrape the sides of the bowl again, then set the mixer on low and mix in cream, flour, cinnamon, vanilla, salt and nutmeg. Continue to mix on low until very smooth: You want to make sure the spices are thoroughly and evenly blended in the batter.

3. Pour the creamy cinnamon filling into the prepared pie pan. 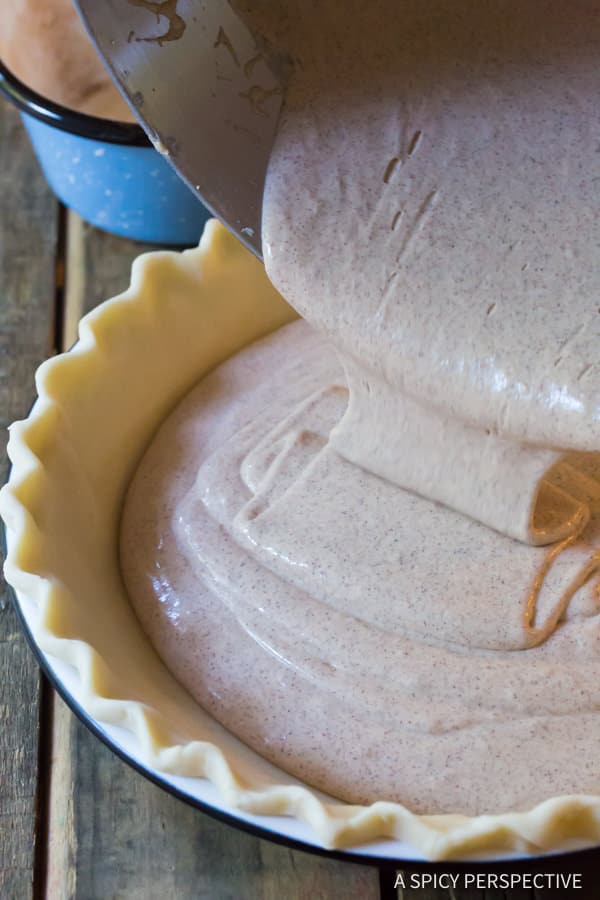 4. Bake the pie for 35 minutes, until the center seems set when jiggled, but not totally firm. Bake another 5 minutes if needed.

5. Once done, allow the pie to cool completely on a cooling rack. Cover with foil and chill in the fridge.

That’s really all there is to it! 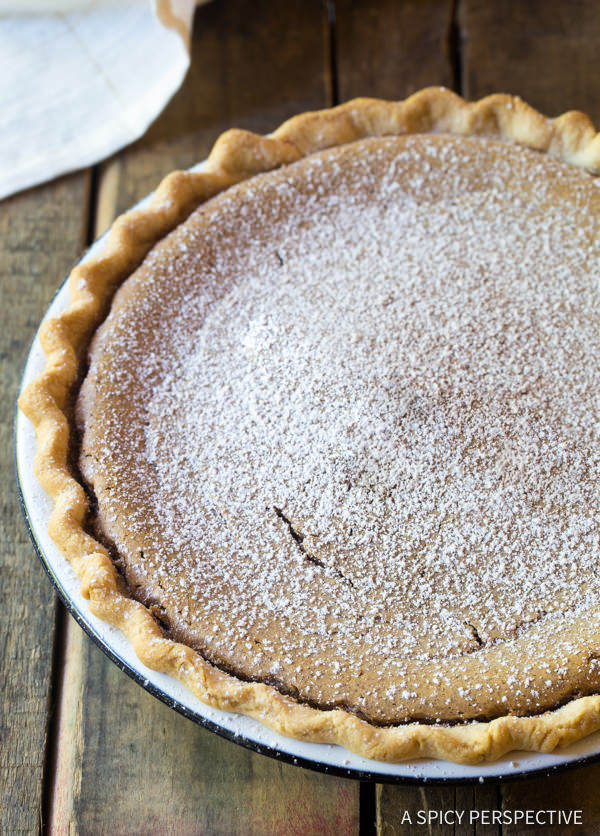 You should take the pie out of the refrigerator 1 hour before serving. And I have to recommend that you lightly dust the top of the pie with powdered sugar: it just makes it so festive!

Your family and friends will absolutely fall in love with this incredibly unique dessert! It’s classified as a holiday recipe, but I guarantee they will be asking you to make this Cinnamon Pie all year long. Try it at your next gathering, and let me know what you think! 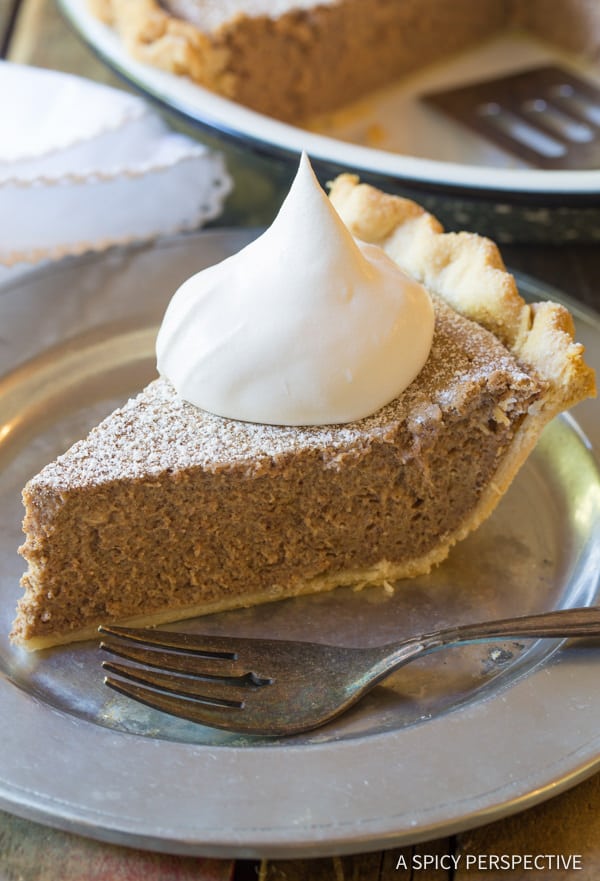 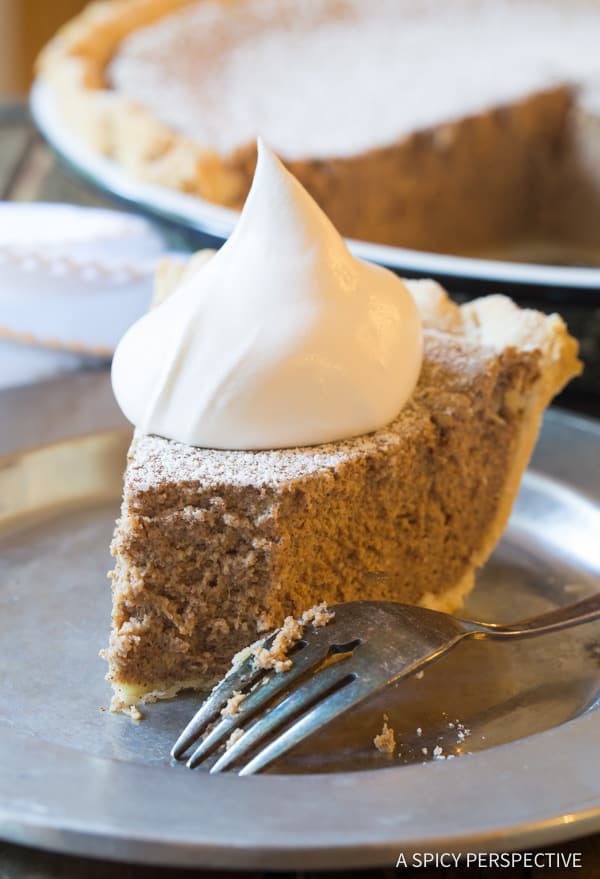 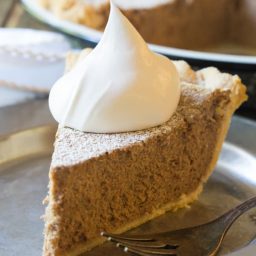 Cover the pie with plastic wrap or aluminum foils and keep in the refrigerator for up to one week. 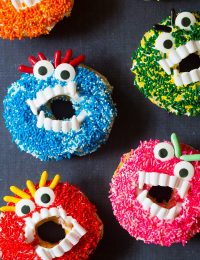 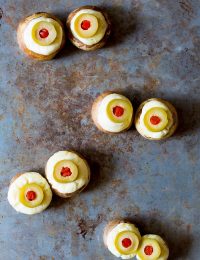 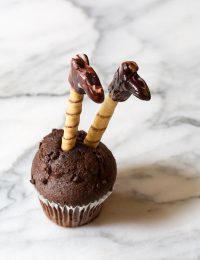 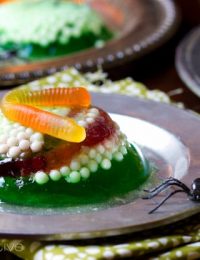