There’s apple pie, and then there’s homemade apple pie with apple and bacon… and a cheddar cheese crust. Enough said!

As the weather cools, we crave apples with increasing intensity, until at last we’ve loaded apple flavor in nearly everything from:  apple turnovers, to apple pretzels, to apple bread, to apple meatballs. 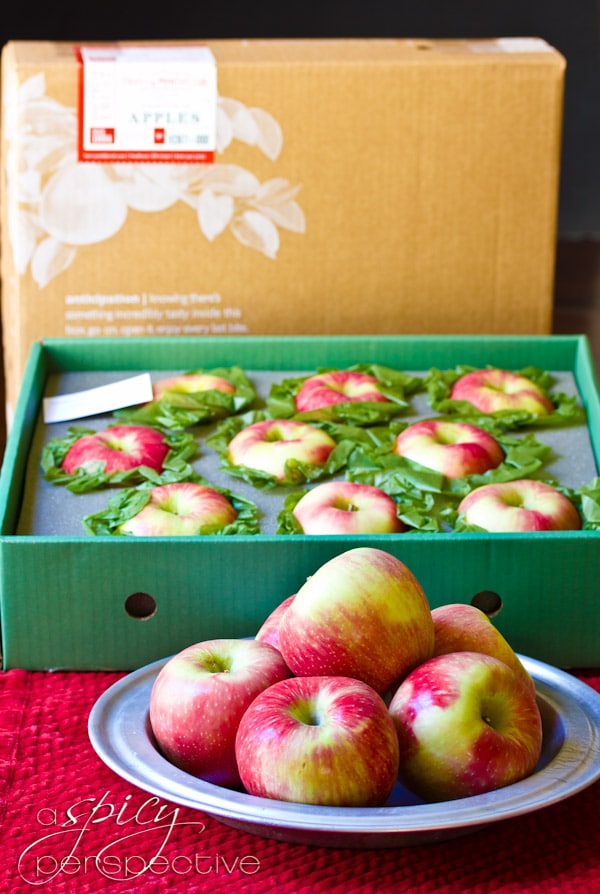 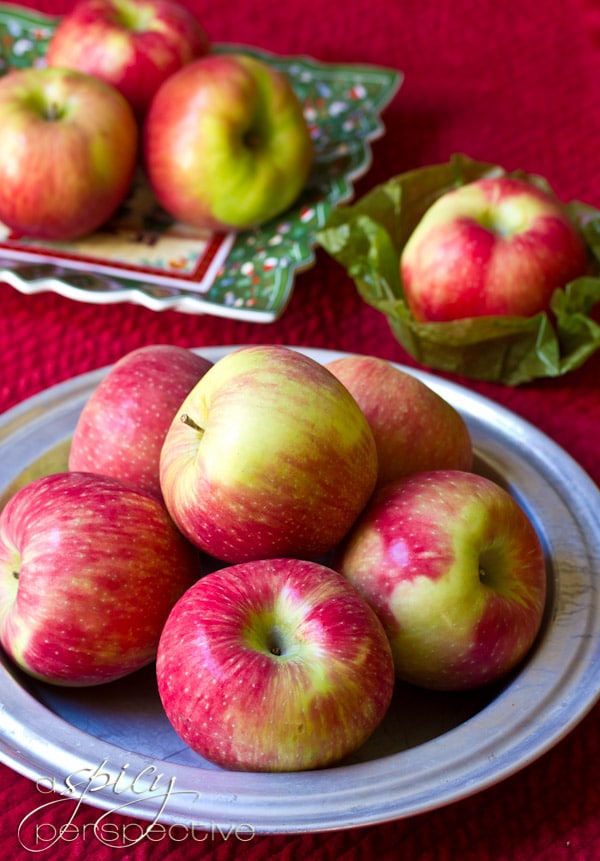 That’s right. Harry & David collaborated with several chefs this fall, to see what glorious creations they would cook up with Royal Riviera Pears and Honey Crisp Apples.

This Apple and Bacon Pie is the brainchild of executive chef Eric Greenspan and was designed to complement the crisp clean sweetness of Harry & David Honey Crisp Apples. 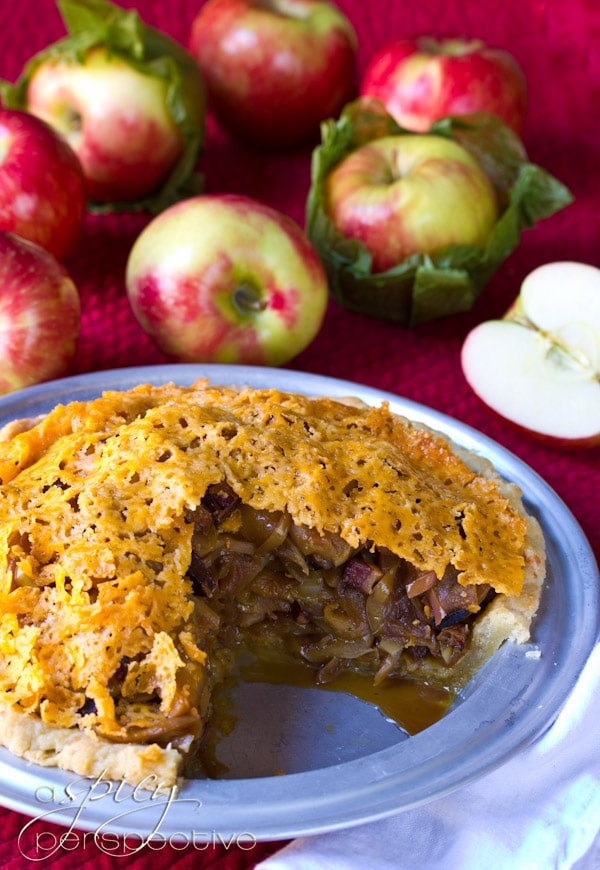 Sweet and savory with tender morsels of smokey bacon, a rich cheddar cheese crust, and cheddar “lace” over the top.

It’s both a savory dessert and a sweet side dish. You could serve this apple and bacon pie with a big scoop of ice cream, or next to a braised pork chop. 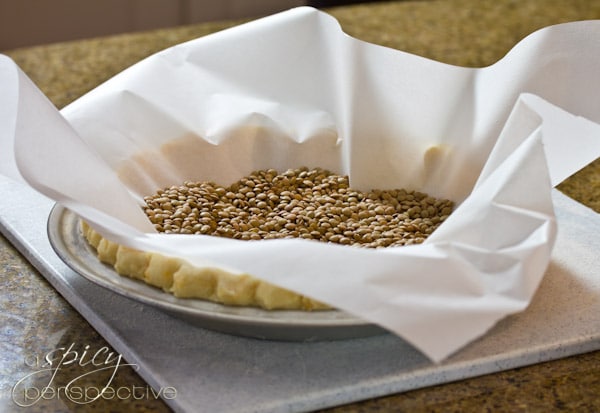 To make: Prepare the cheddar cheese pie crust dough. Wrap and chill. Then roll out a large circle, 1/4 inch thick. Carefully place in a large pie tin, then line the crust with parchment paper and fill with bean (or lentils) and bake. This will keep the crust from bubbling up in the center. 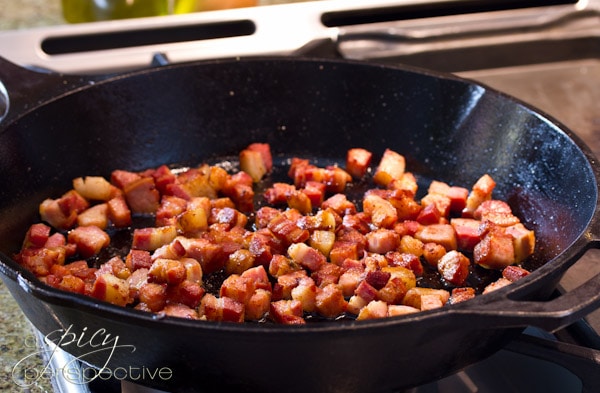 Render the bacon, then add the liquids, and render down to a thick syrup, over low heat. Once thick, add the apples and cook until tender. Cool. 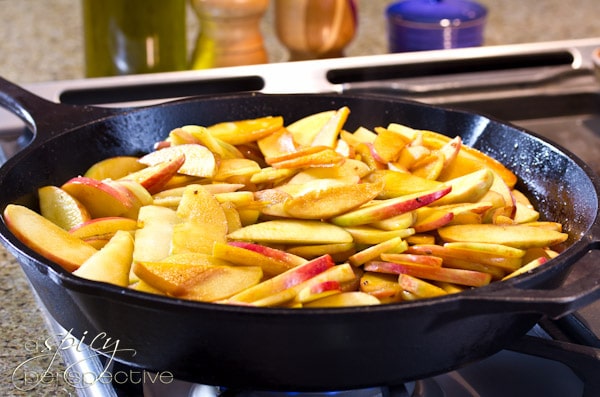 Place the apple filling in the pie. Then place the remaining cheeses on a lined baking sheet in the shape of a circle. bake to melt and carefully drape over the top of the pie. 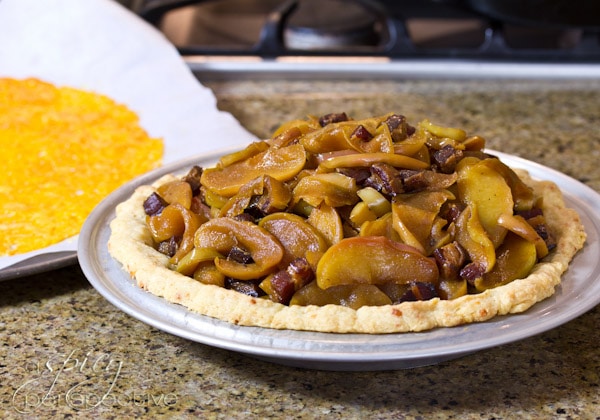 Trim the edges of the cheese lid and tuck it into the crust. Bake another 5 minutes to warm. 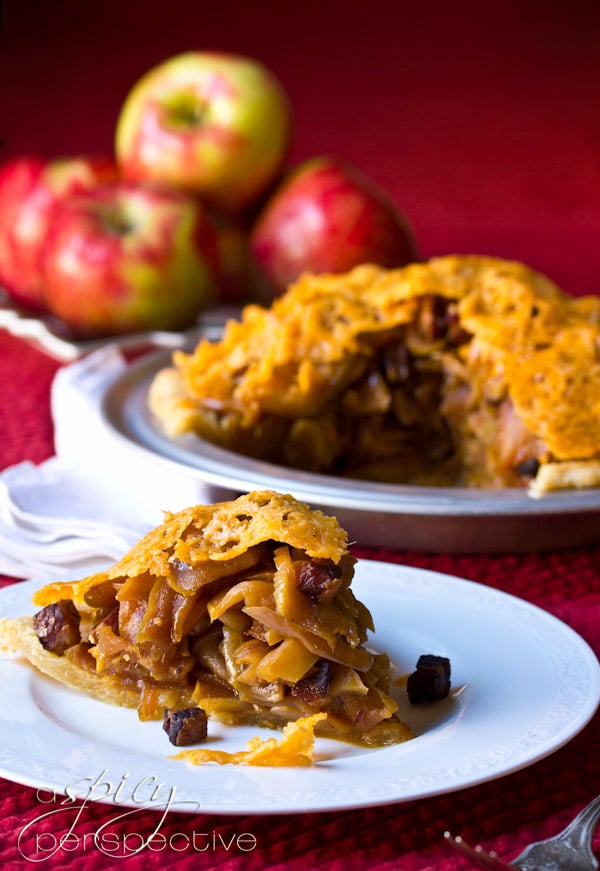 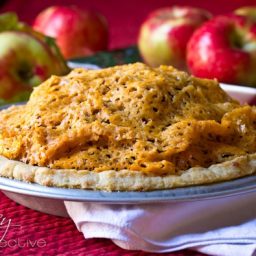 For the Cheddar Cheese Lid:

Disclosure: This post is sponsored by Harry & David. All opinions are my own. 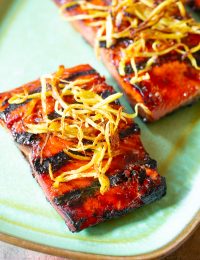 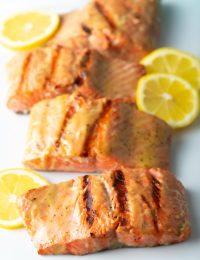 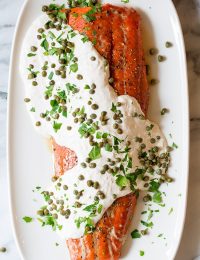 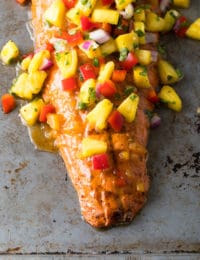